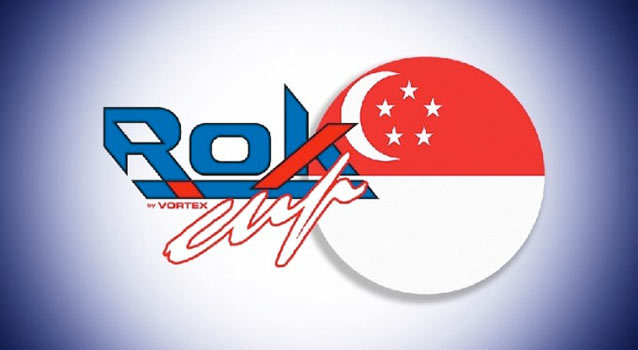 On December 2nd, a great Rok Cup event is taking place in Singapore. The importance of the event has collected drivers from 3 continents (Asia, Europe and Australia) and 12 countries. The third Rok Singapore season is ending in a grand manner, in view of a 2018 with an even bigger championship. Let’s find out what is to come, thanks to the interview with the organizer.

Tell us more about this event
– This upcoming race is an invitational event open to drivers all over the world.

How many drivers are you supposed to have, what countries and categories?
– Approximately 90 drivers, both local and international, from these countries: Indonesia, Thailand, Malaysia, Philippines, China, New Zealand, Australia, India, Sri Lanka, Spain, UK, and our guest drivers from OTK Italy.

Will it be a one-shot event?
– Yes, it will, and a lead-up to next year’s Rok Cup Singapore Series as well.

What prizes will you offer?
– There will be trophies awarded to top 5 drivers for each class as well as bonus trophies such as Best Lap and Most Overtakes. In addition, we will conclude the Team Championship for 2017 where about $20,000 cash prizes will be distributed.

What will the competition format be? Will you have a grand Final, two finals or what else?
– The format will be as follows: Heat, Pre-Final, Final.

How did the Rok Championship 2017 in Singapore go?
– It is our 3rd year running the Rok Cup Series in Singapore, and the response has been very positive with growing number of drivers each year. We have seen an increase in the numbers for the amateur league namely the KF1 Rok class. In addition, the Rok GP engine has been very well received since its introduction in 2016.

What do you expect from the Rok Cup 2018?
– We are looking forward to an exciting 2018 season with more drivers of different nationalities.
It will be a 4 rounds Series, concurrently running 2 rounds of Asia Zone. We are also proud to be collaborating with Eshark Rok Indonesia and Rok Thailand for the 2018 Asia Zone Series.

Do you expect to host any VIP (Professional drivers or any other tv star)?
– We have no plans for any VIP drivers yet, however, we are planning to invite more European drivers to participate in our full series.

Who are the most promising young Rok drivers in Asia?
– Danial N. Frost, our overall winner for Rok Cup is performing very well in Formula 4 and Formula 3.

The race scheduled on December 2nd will have any innovation concerning the event format?
– Not really, it will be the same format as per our previous rounds.

Will the race on December 2nd be the most important karting competition in Singapore?
– It will definitely be one of the most prominent races of the year, as our local drivers will get to race against the best factory drivers.