Pourchaire opens the European competition with pole position in OK

Ulysse De Pauw (Kosmic / Parilla) was in the lead on the penultimate lap of the first OK timed session at Sarno, followed by Flavio Camponeschi (CRG / Parilla). But it was finally Rasmus Lindh (Ricciardo / TM) who was the fastest – 57”201 – joined by Alex Irlando (Sodi / TM) by only one thousandth in the very last moments. Finlay Kenneally (Tony Kart / Vortex) came in 3rd, De Pauw 4th, Camponeschi 5th and Dennis Hauger (CRG / Parilla) 6th by 0.118”. Pedro Hiltbrand (Tony Kart / Vortex) finished 13th by 0.271”. 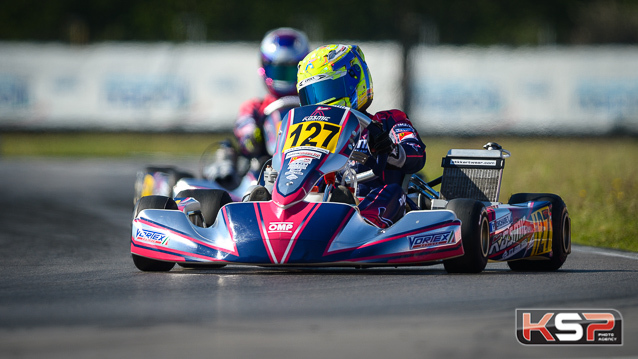