Euro Sarno: Bortoleto and O’Sullivan neck and neck in Junior

Seven of the ten qualifying heats were run on Saturday afternoon in Sarno as part of the first event of the European Championship. Kartcom’s unofficial intermediate ranking gives an overview of the hierarchy but it should be borne in mind that Group B only had two heats against three for the other groups. 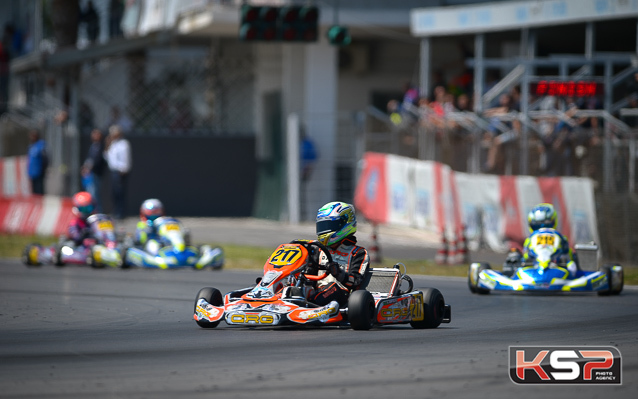 The races proved to be very intense at all levels of the ranking, probably an effect of the new format of the competition which has now dispensed with the Prefinals between the heats and the Final. Several favourites have already paid the price.

The consistent Hadrien David (Zanardi / Parilla) is the best ranked Frenchman with a beautiful card to play for the races to come. Evann Mallet (Exprit / Vortex) is also in the game. Things are less favourable for Gillian Henrion (CRG / Parilla), Loris Cabirou (Sodi / TM) and Jules Mettetal (Kosmic / Parilla).