The drivers entered for the French F4 Championship took part in the first race on the Circuit Paul Armagnac de Nogaro during the famous Easter Cup, in the presence of Nicolas Deschaux, President of the FFSA. Victor Martins, who won two races, the first and third, left Nogaro at the end of the weekend as the leader. The next round will be decided at the Autodromo Nazionale di Monza, from 28th to 30th April 2017. 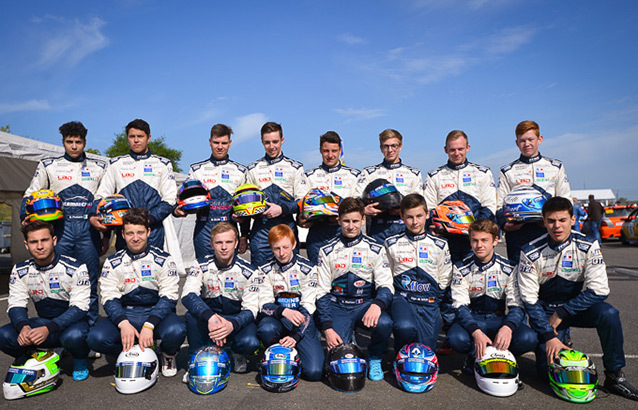 From the first race, Victor Martins has already established himself as one of the favourites by transforming his pole position into victory without being too worried by the two French drivers, Pierre-Alexandre Jean and Arthur Rougier, who joined him on the podium. Behind that, the racing was tight between Charles Milesi, Marvin Klein and Jean-Baptiste Mela for 4th place which finally went to Charles Milesi.

For Race 2, the top 10 start in reverse order and the Dane Casper Roes Andersen jumped into the lead followed by Javier Gonzalez and Hugo Chevalier. The Danish driver suffered a penalty for a jumped start, unfortunately losing his 1st place in favour of the Mexican driver Javier Gonzalez, who won the second race of the day. Hugo Chevalier and Charles Milesi were in this order on the podium.

At the start of the last race of the weekend, Victor Martins started on the front row and kept his position until the end of the race. Behind, the rest of the pack was fighting to finish in the top 10 and score points in the overall standings. It was finally Pierre-Alexandre Jean and Florian Venturi who climbed on to the podium respectively in 2nd and 3rd place. Charles Milesi, with his 4th place, confirmed his good performances of the weekend. Aldo Festante, in 13th, made a good recovery to 9th place and finished his weekend by scoring a few points.

The least we can say is that this stage in Nogaro was dominated by Victor Martins who, with these two successes, has 55 points to his credit. The general standings behind him are a little tighter with Pierre-Alexandre Jean with 38 points against 34 for Charles Milesi and 27 for Arthur Rougier. The French F4 Championship is just beginning, and everything is still to play for for these young drivers.

General classification of the FFSA Academy after the Nogaro meeting