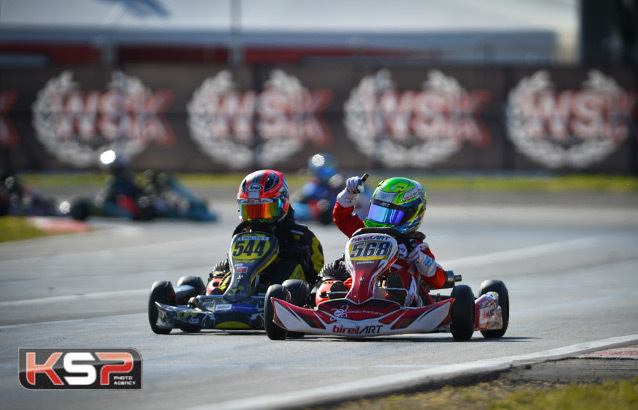 A group of four drivers had already formed on the last lap with Nikita Bedrin (Tony Kart / TM), Francesco Pulito (Evokart / TM), Andrea Antonelli (Tony Kart / Vortex) and Rafael Camara (Birel ART / TM). However, Gabriele Mini (Parolin / TM) was able to join them quickly with Alfio Spina (CRG / TM) and Ugo Ugochukwu (Energy / Iame). Mini first took 3rd before taking the lead on lap 4. He was 6th on the next lap, while Camara led the race ahead of Pulito and Bedrin. Camara held on to Pulito while Mini succeeded in returning to 3rd on the last lap and thus winning the championship ahead of Bedrin, 4th on the track, and Antonelli who finished 10th. Michael Barbaro Paparo (IPK / TM) finished 5th under the chequered flag and Spina 6th. 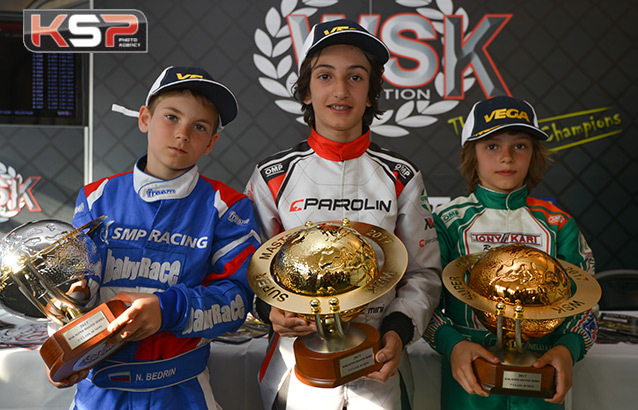