Basz unbeaten in the OK heats 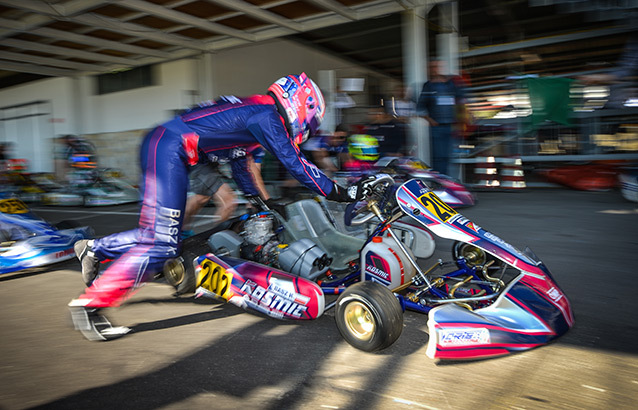 Karol Basz (Kosmic / Vortex) did not give any quarter while winning his four qualifying heats. Noah Milell’s 5th place (Kosmic / Vortex) after 12th in Qualifying, as well as the 15th rank of Hicham Mazouh (Kosmic / Vortex), testifies to the good form of the factory Kosmics in OK as well. Although Théo Pourchaire (Kosmic / Vortex), 19th, did not follow the same path, it was because of several problems in the races. Pedro Hiltbrand (Tony Kart / Vortex) gave everything to come back to 7th, while Clément Novalak (Tony Kart / Vortex) climbed to 4th place. Tom Joyner (Zanardi / Parilla) confirmed his outsider status by taking 3rd place among the OTK / Vortex, while Flavio Camponeschi (CRG / Parilla) moved from 20th to 8th and Lorenzo Travisanutto (Zanardi / Parilla) emerged 25th after his 42nd time. Caio Collet (Birel ART / TM) was once again solid in the top 10. In 11th, Ulysse De Pauw (Kosmic / Parilla) finished strongly with two 2nd places placing him in front of Dennis Hauger (CRG / Parilla) who gained 17 places.