Puhakka hails his arrival at Kosmic with pole position in KZ2 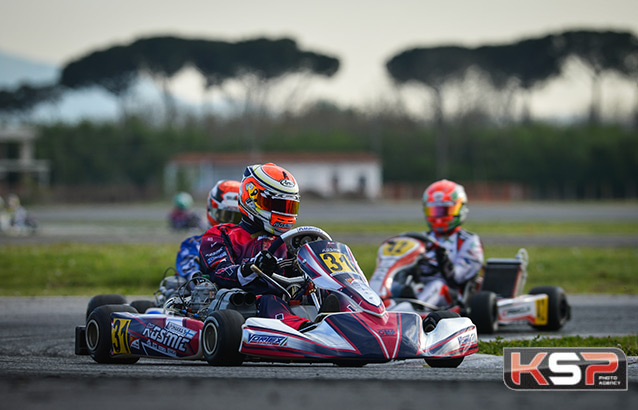 Simo Puhakka (Kosmic / Vortex) caused a sensation for his first race with Kosmic by setting the bar very high with his time of 56”530. Bas Lammers (Sodi / TM) managed to narrow the gap to 2 tenths on his last lap, while Tom Leuillet (Sodi / TM) achieved a feat with his 4th fastest time, close to Francesco Celenta (Praga / TM), but ahead of Luca Corberi (Tony Kart / Vortex) and Douglas Lundberg (Sodi / TM). Pierre Loubère (Zanardi / Parilla) was noticed in 8th position, while Paul Fontaine (Sodi / TM) made his return to competition.