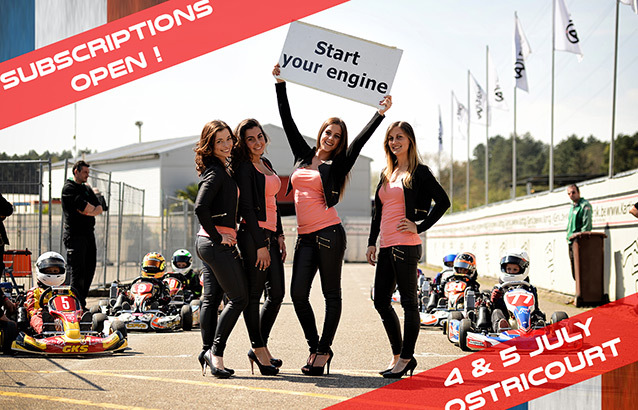 As the summer is coming closer, we all know what’s going to happen! The second round of the BNL KARTING SERIES is about to start! Not at our home track in Genk but at the wonderful track of Ostricourt in France. Just like in the past, Ostricourt will host the second round of this magnificent championship wherefrom round one was held two months ago in Genk. Not many people know the track at Ostricourt, but its large, fast, has all types of corners and is inexorable! It’s the best track to combine it with some wine and cheese!

And again, fourteen camera’s will be posted around the track to eliminate punishments that aren’t correct and to show the drivers, that de level of racing will be high where there is no room for unfair racing.

Furthermore, there are still Grand Finals tickets to win so everybody who has lost all chances for winning other championships can inscribe for the second BNL round. Next to the Grand Final tickets, there also is a Alfano Tyrecontrol to win and there will be a video recovery for an amazing after movie! Hope to see you in Ostricourt for the second round of the BNL Karting Series!

Practical information
The subscriptions are open. We received +- 110 subscriptions yet! Subscribe today and let’s meet in Ostricourt! The provisional timing is online. Everyone will receive the final timing during the subscriptions on Friday. Don’t forget: briefing is earlier as normal!

The testing days for Ostricourt are online. It’s a wonderful track but they are not open every day. Check their time table before you go to Ostricourt!