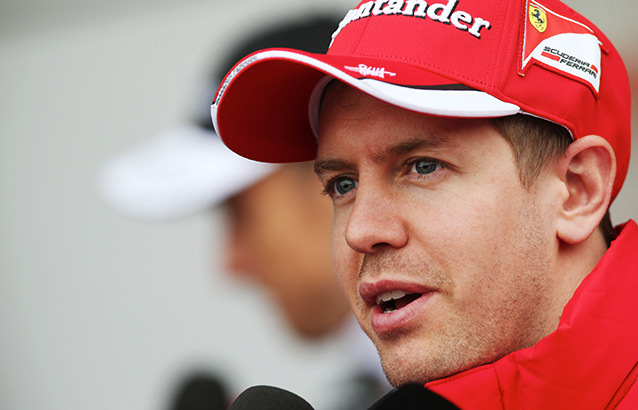 In 2001, Sebastian Vettel won the German Junior Kart Championship, now the four-time Formula 1 World Champion is returning to the German Kart Championship (DKM). As patron, the Heppenheim born driver supports the junior motorsport drivers. The DKM is known as the steppingstone to professional motorsports.

Sebastian Vettel’s motorsport career already began in 1995. He gathered numerous victories and Championship titles as bambini and thereby set the basis for his later successes. Vettel started at the German Kart Championship three times and won the junior title in 2001. Additionally he won the Junior European Kart Championship in the same year, won the Monaco Kart Cup and the venerable kart race in Paris-Bercy.

Despite his switch to Formula racing and four Formula 1 World Championship titles, the 27-year-old has never lost his passion for kart racing: “The DKM is a strong racing series and provides a great steppingstone into motorsports for young drivers. Due to the new point system, from 2015 on the ten best drivers after the heats are going to collect Championship points as well. This makes the racing series even more attractive and is going to cause extra excitement at the end of the year. Additionally all races are going to be broadcast live via online-stream. I’m looking forward to the races and hope that the Formula 1 calendar will allow me to come take a look myself and drive karts with the boys and girls.“

“Sebastian Vettel is the best example of successful youth development work. From the DKM he achieved rising to Formula racing and is now one of the most successful race drivers in the world. It’s great that he never lost touch with his roots and is now getting involved in the German Kart Championship as its patron. To the young drivers, Sebastian Vettel is an equally big role model as Michael Schumacher was to a whole generation of race drivers“, says Hans-Joachim Stuck, president of the German Motorsports Foundation (DMSB e.V.).

The German Kart Championship is one of the strongest kart racing series in the world and is going to start into its new season from May 2nd – 3rd. At the Prokart Raceland Wackersdorf more than 100 drivers are expected in the three grade series DKM, DJKM and DSKM. All in all, the season includes five racing events. After Wackersdorf the DKM is also going to take place in Belgian Genk, Ampfing, Oschersleben and on the Erftlandring in Kerpen for its big finale.