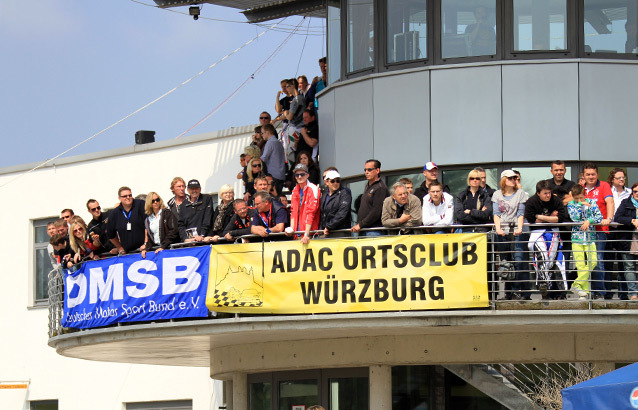 Only a couple more days until the German Kart Championship is going to start into its new season at the Prokart Raceland Wackersdorf. More than 100 participants are going to start at the kick-off event, among them numerous top drivers from 19 nations. Everything is going to be broadcast live via online-stream.

Wackersdorf is the kick-off place of the German Kart Championship for the first time. The 1.222m long Prokart Raceland in Upper Palatine provides perfect surroundings and belongs to the most modern tracks in Germany. The track is very popular among the drivers, as the current German Kart Champion Martijn van Leeuwen explains: “The track has got a good mix of fast and slow bends, which makes it important to find a good balance regarding chassis and engine.”

The three fields are strongly manned once again. At the DKM, the royal league of German kart racing, Martijn van Leeuwen (CRG Keijzer Racing) is looking to defend his title. The Dutchman belongs to the big favorites of the field. He is going to have to look out though, because a couple of opponents are waiting for their chance to shine as well. One of them is Richard Verschoor (RB Racing SA): The Dutchman has been quite successful lately at the Rotax categories and is going to start at the DKM for the first time in 2015. Eight drivers from Germany are going to start, who obviously want to impress their local audiences.

The cards at the DJKM are going to be dealt anew. The best drivers of the past year have switched to the DKM or directly to Formula racing. Now the youngsters are hoping for their chances. One of them is Max Hesse (RS Motorsport): The young driver from Wernau is going to start as factory driver for Mad-Croc and lately aced a couple of international races. The past has proven that everything is possible at the juniors though. We are only going to see on Sunday evening which driver is going to come out on top.

Drivers, teams and fans can look forward to an international top field at the German Shifterkart Championship. 52 drivers are going to start, among them numerous past and current World- and European Champions. Jorrit Pex (Pex Racing) made history last year. The Dutchman won the German Shifterkart Championship for the fourth time in a row, which had never been done by any driver before. In 2015 Pex switched to Intrepid and is aiming for his fifth title. His pursuers are stronger than ever though. Reigning European and threefold German Champion Rick Dreezen (KSW BirelART Austria) is among them as well as John Norris (Mach1 Motorsport), Fabian Federer (CRG Holland) and the Germans Alexander Schmitz (KSM Racing Team) and André Matisic (Solgat Motorsport).

The racing weekend is going to start on Friday with the free trainings. The first exchange of blows is going to take place on Saturday during qualifying. After that, the starting positions for the finals on Sunday are going to be decided during the heats. The allocation of points is going to be different this year: In addition to points for pole position and the two finals, the best ten drivers after the heats are going to collect Championship points as well.

Thrilling racing action awaits all the fans at home once again as well. During Saturday and Sunday more than 16 hours of live images from Wackersdorf are going to be broadcast via online-stream. Including numerous background stories, this is an absolute must for every motorsports fan.

Spontaneous participants can still enter their registration for one of the three grade series until the start in Wackersdorf. All information regarding the DKM, up-to-date lists of participants and timetables can be viewed at www.kart-dm.de.