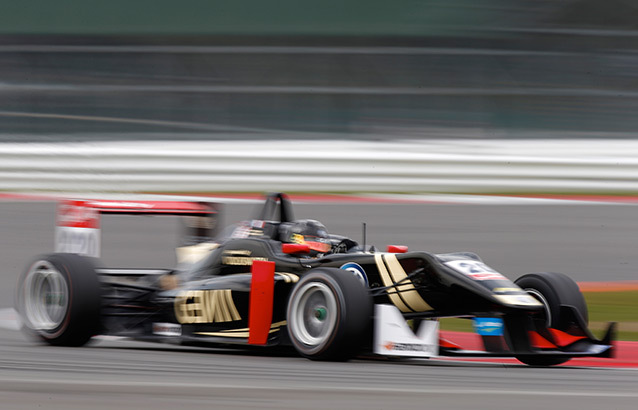 Second in the French F4 Championship in 2014 and the first in the Junior rankings, Dorian Boccolacci was all the more eager to participate in his first F3 race after a long off-season without much testing.

“It’s true that I have not had the opportunity to train enough on track or on the simulator before arriving at Silverstone,” said the Lotus F1 Junior Team driver. “I knew it would be difficult at the first round against experienced drivers who have done a lot of laps before the start of the season. The category is highly appealing and better suited to my driving style, but I still lack benchmarks.“

To compete in the FIA Formula 3 European Championship, Dorian has joined the prestigious Signature team who are making a return to a category where they were crowned several times. His team-mate is the Thai driver Alexander Albon, an old acquaintance from karting. “The car is still in the development phase, but I am confident in its potential and the team’s capabilities. For my part I am focusing on learning the new circuits on the control tyre and about the behaviour of the other drivers.”

In many ways, F3 is a significant step up from F4. The conduct of the race is much more robust at this level as evidenced by the clashes and other safety car interventions at the Silverstone meeting. Dorian made sensible progress in qualifying for 20th place in race 1 and 12th in race 3, improving his time by more than 0.5”. 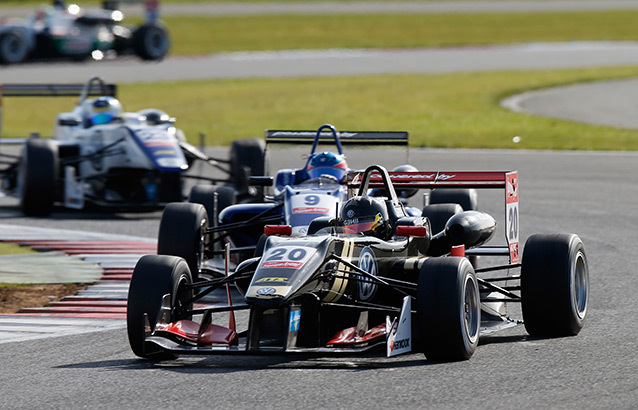 Careful in the first race, he did everything he could to reach the end and finished 21st. He was more aggressive during race 2 and was fighting to get into the top 10 when an opponent closed the door on him and forced him to retire, with broken suspension. Dorian was caught up at the start of race 3 and then gave his maximum to move up, managing to pass a lot of drivers. His 17th place at the finish line was positive in terms of a learning experience in the category.

By the next meeting of the FIA F3 European Championship, from 1st to 3rd May at Hockenheim, Dorian will increase his ambitions to try to overcome his track time deficit.