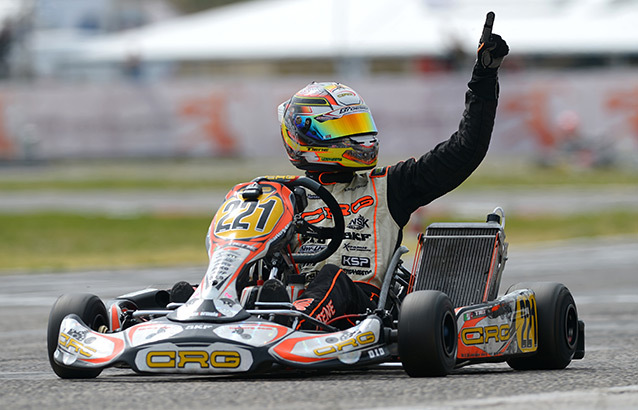 There was a complicated starting procedure for the KF final as Karol Basz (Kosmic / Vortex) and Marcu Dionisios (Tony Kart / Vortex) struggled to leave the grid and Marcus Armstrong (Tony Kart / Vortex) experienced difficulties as the race was due to start. After a third later formation lap the lights were extinguished, but the outside line headed by Armstrong was delayed.

Vartanyan gradually returned to 2nd place from Nielsen end of the race while Basz seemed resigned to 4th position. Tiene won again at home after his victory in the prefinal and finished 3rd in the 2015 WSK Super Master, Nielsen finished 2nd with the championship, Vartanayan finished 3rd with the fastest lap, but takes the 4th position in the standings. Basz took 4th and lost the title. 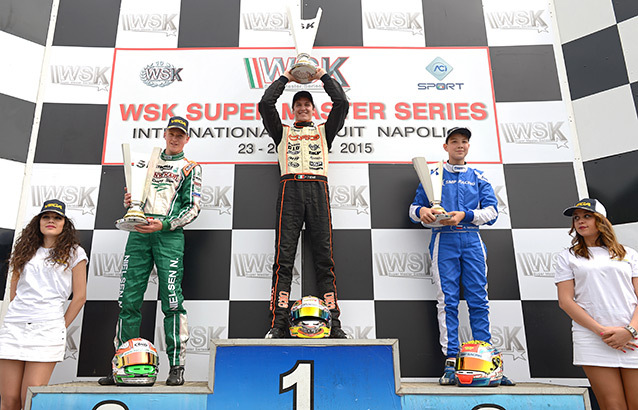