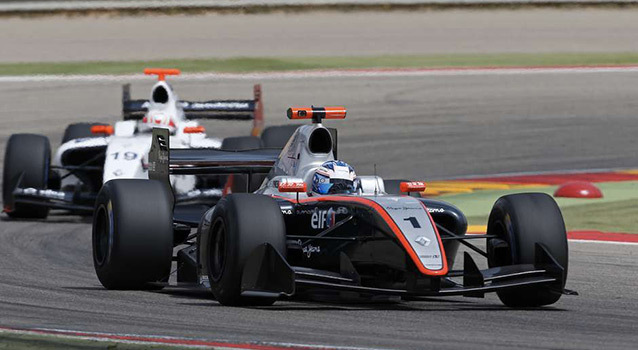 The drivers opted for slicks on a track still damp from the morning rain. Roberto Merhi (Pons Racing) was the first to show, though it was Alfonso Celis (AVF) who held sway when the field came in for the mid-session switch to new tyres.

Only eight tenths of a second separated the top four, with the leading 16 drivers all finishing within a second of each other.

Nyck de Vries : “It feels amazing to get my first pole in Formula Renault 3.5 Series. I can’t put it into words. We had our ups and downs in pre-season collective testing and we weren’t always able to get things together. There were some positive signs for us on Friday, though I couldn’t get the perfect lap in yesterday. The conditions were different today and everyone had an extra lap because I was the first to cross the line. The key thing was our ability to adapt. The conditions changed from lap to lap but we kept it together.“