Home News International Double for Puhakka and De Conto at CRG in the KZ2 final, title for Ardigo

Double for Puhakka and De Conto at CRG in the KZ2 final, title for Ardigo 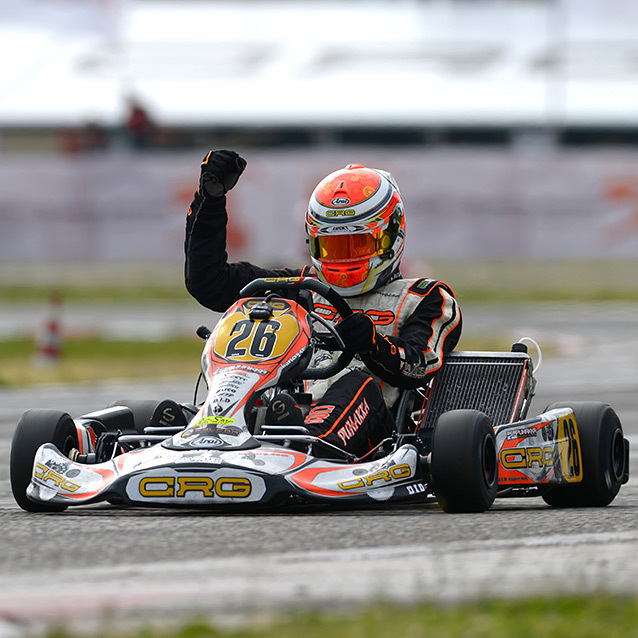 Marco Ardigo (Tony Kart / Vortex) beat Anthony Abbasse (Sodi / TM) at the lights of the KZ2 final of the WSK Super Master Series at Sarno. But the CRG Boys, shod with new tyres, were quick to put the pressure on. First Simo Puhakka (CRG / Maxter) was in front of the race and Paolo De Conto (CRG / Maxter) also overtook Ardigo with Abbasse in his wake. Flavio Camponeschi (Tony Kart / Vortex) lost ground and retired halfway through. Jordon Lennox-Lamb (BirelART / Parilla) and Douglas Lundberg (Kosmic / Vortex) had left the scene by crashing at the bottom of the circuit. Ardigo made it a point of honour to pass Abbasse while Jonathan Thonon (Praga / Parilla) had a more effective machine and gained 10 places to enter the top five with the second fastest time of the race. Puhakka won the final, followed closely by his teammate De Conto, who set the fastest lap.

However Ardigo finished well ahead in the championship ahead of Puhakka and Abbasse. 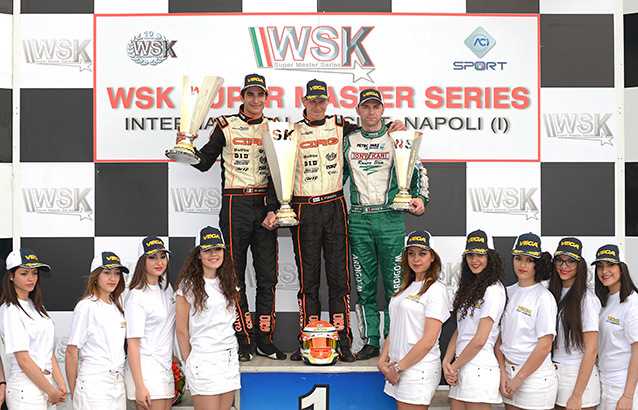