60 Mini: Marseglia the winner and Hauger the champion! 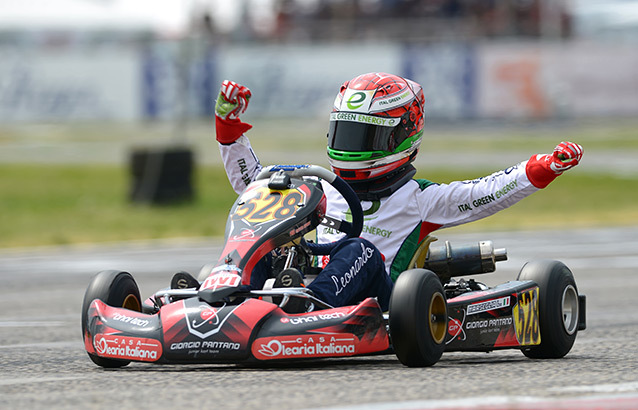 47 60 Mini drivers entered for the last round of the 2015 WSK Super Master Series at Sarno. The top six in the general classification in qualifying were from the second group with Federico Cecchi (Tony Kart / TM) in pole position ahead of Mattia Michelotto (Energy / Parilla) and Giuseppe Fusco (Tony Kart / TM). The championship leader Dennis Hauger (CRG / TM) was 12th. Mattia Muller (Energy / TM) took the lead again in the qualifying heats by taking two victories against Fusco and Cecchi. Hauger came back to 7th, Michelotto fell to 17th place after a retirement.

Disrupted by the Slow procedure following an accident, Prefinal A ended in single file under yellow flags with a victory for Leonardo Marseglia (Zanardi / TM) ahead of Muller, Michelotto and Cecchi. There was a flag and a warning for the poleman Fusco in Prefinal B before the race started in good conditions. Marzio Moretti (Tony Kart / TM) won ahead of Luigi Coluccio (Tony Kart / Vortex), with Gabriele Mini (Lenzo / LKE) 3rd.

There was a good start in the final from the outside line, ahead of the inner line, and Muller took control ahead of Marseglia, Michelotto, Coluccio and Fusco. Moretti and Cecchi didn’t complete a lap. Hauger quickly sneaked into 7th position with nine places regained. Genis Civico (Croc Promotions / TM) climbed into 5th place with Hauger on his heels. Michelotto took the lead of the race on the fifth of eight laps. Then Marseglia overtook, and Coluccio passed Muller for 3rd place. Marseglia won the race comfortably in front of Coluccio and Muller, with Hauger taking 4th at the last minute. 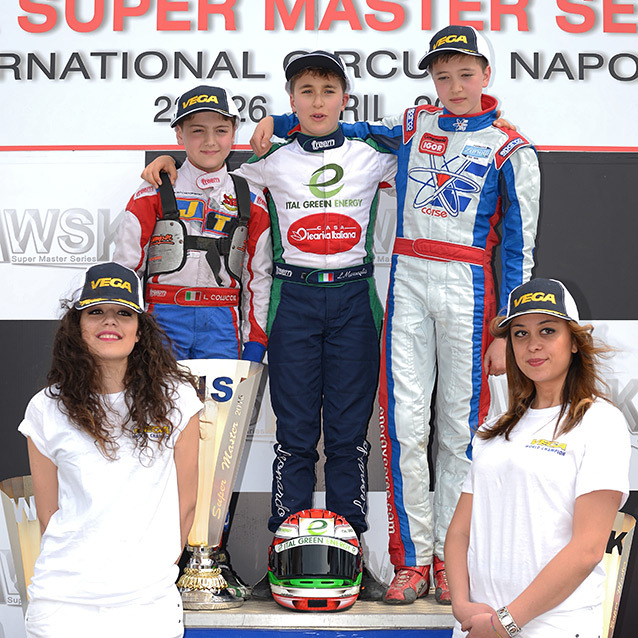