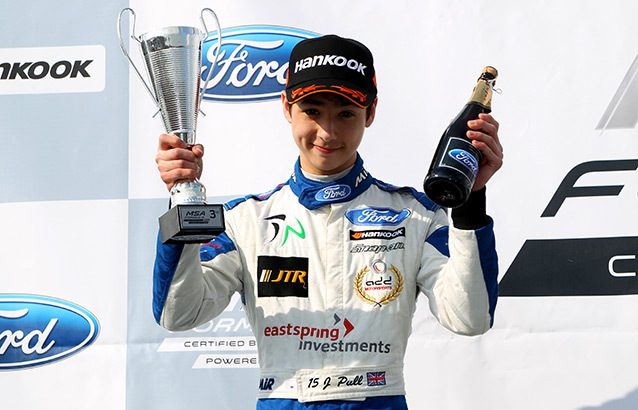 James Pull powered into third place in the MSA Formula Championship after another weekend packed full of skill, pace – and podiums. The 15-year-old followed up second and third place finishes in the opening rounds at Brands Hatch with the same again at Donington Park. The JTR driver was delighted to put more points on the board as he proved the opening rounds were certainly no fluke.

And with his confidence growing with every race, the ADD Motorsports-supported racer is determined be in the hunt for silverware come the end of the season. He said: “I’m really pleased with how the weekend went. I came into Donington with lots of confidence after Brands Hatch, but I couldn’t really ask for more than finishing with another two podiums. It’s great to be able to pick up all these valuable points that push me up to third in the championship. It’s a really exciting championship – I’m so happy to be part of it.”

James – originally from Singapore, but now based in Herts – was fast in practice and carried this pace over into qualifying where he finished with two third fastest laps. Although he didn’t quite use the peak of the tyres to his advantage, his lap times left him optimistic of his chances of a podium on a track that was quickly becoming one of his favourites.

Race One saw him slip into fourth from third after a lightning start from the 19-year-old Brazilian Myasava who raced in front. But with three laps to go James expertly overtook the same driver, before saving his best move for the final thrilling lap – when he pulled off an impressive pass on Norris at the Mcleans corner, to finish second.

The reverse grid saw James start Race Two in seventh but fall back into tenth early on. The team gambled with old tyres and the driver did well to come back strongly, passing two drivers on the last lap to finish seventh and happy to secure some more points. 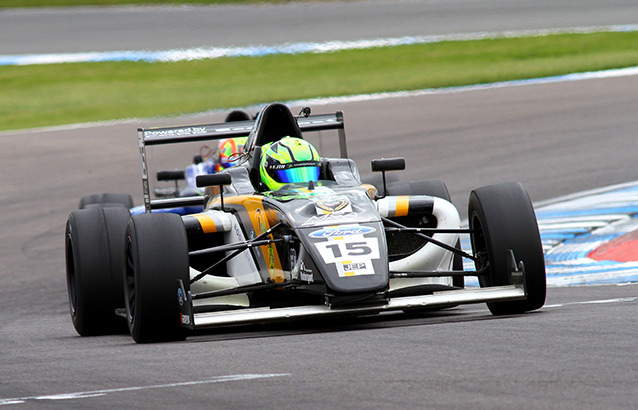 The final race of the weekend saw James hit with debris after an early collision in front of him. He moved around it well just before a lengthy safety car period. After the restart he slipped into third although couldn’t quite get the break he needed to overtake Ricky Collard into second place. But he was happy with a third-place finish and his fourth podium overall in the championship so far.

He added: “I was struggling a lot with gear changes in the final race and the only chance I had to pass Ricky I went for fourth gear but got stuck in neutral. The competition is really tough and standard high – and there are some really brilliant and experienced drivers in it. I’m really enjoying it so far and JTR and ADD Motorsports are really helping me to improve.”Now I can’t wait for the next round and hopefully I can keep doing what I’ve been doing.”