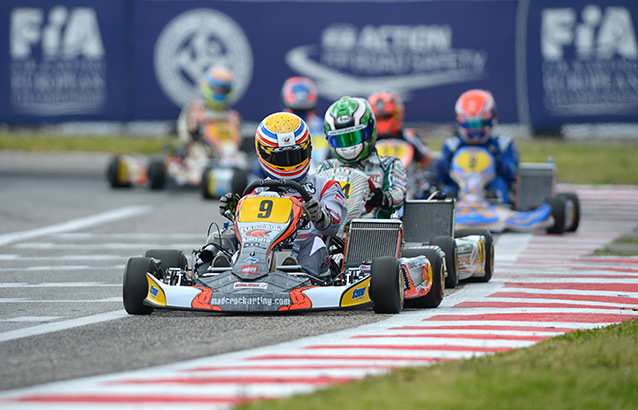 Flavio Camponeschi (Tony Kart / Vortex) didn’t make the best start in the second heat for KZ, B against C, so Ben Hanley (Croc Promotion / TM) took the lead and was ahead until the end despite Camponeschi returning to his wheeltracks , helped by the speed of his machine. Patrik Hajek (Praga / Parilla), second early in the race, way to Camponeschi, then two laps to go, Arnaud Kozlinski’s (Sodi / TM) attack, who was 3rd on the line. Rick Dreezen (Ricciardo / Parilla) remained in 5th position, Andrea Dale (CRG / Maxter) was 6th after containing Bas Lammers (Formula K / Parilla).