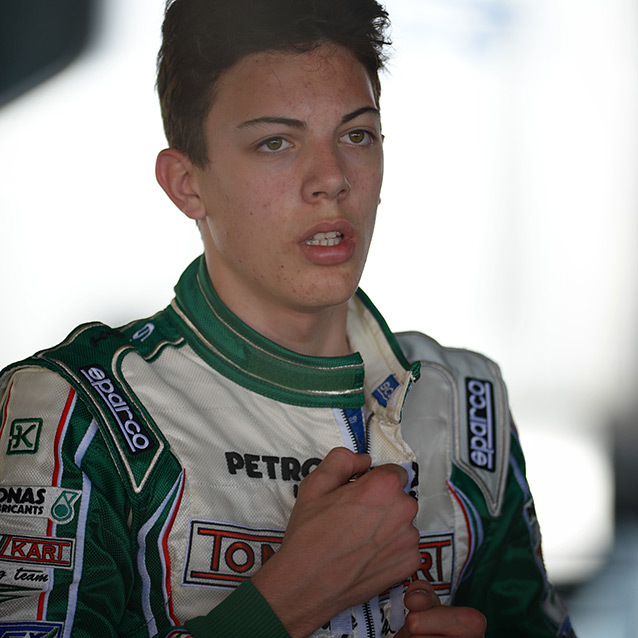 The winning streak continued for Luca Corberi (Tony Kart / Vortex) as he was ideally placed in each of his five qualifying heats in the first round of the European KZ2 Championship in Sarno. It was also a triple for Tony Kart / Vortex with Andreas Fasberg in 2nd position and Alessio Piccini in 3rd. The two young Italians here have also shown great determination to play a leading role against a number of more experienced drivers. Fabian Federer (CRG / Maxter) would have been fighting for the lead without a breakage of his throttle cable in the last heat that dropped him to 6th. The Cedric Sport driver Thomas Laurent (Tony Kart / Vortex) produced an admirable performance with his victory with the fastest time in the last heat, but a previous dropped heat cost him dearly and he ranks 13th. There was a pleasant surprise with 5th position for Joel Johansson (Energy / TM), and 8th for the CPB Sport driver Nicolas Gonzales (Alpha / TM). Despite two difficult heats, Paolo Besancenez (Tony Kart / Vortex), racing here with Cedric Sport, escapes the Repechage with 22nd place.