There was a battle at the front of the first time trial of the European Championship at Sarno in KZ between Rick Dreezen (Ricciardo / Parilla) and Jordon Lennox-Lamb (BirelART / Parilla). Arnaud Kozlinski (Sodi / TM) then went to the top of the table ahead of Ben Hanley (Croc Promotion / TM) and Jeremy Iglesias (Alpha / TM) then Simo Puhakka (CRG / Maxter) dropped him to third. Hanley set the fastest time of 1’04”943 ahead of Puhakka, Kozlinski, Patrik Hajek (Praga / Parilla) and Iglesias. 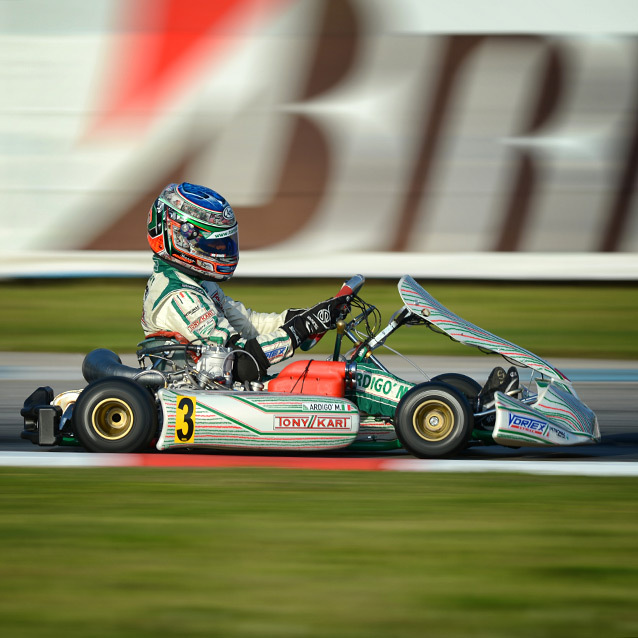 Marco Ardigo (Tony Kart / Vortex) quickly showed his claim in the second session with a lap of 1’04”937, which already put him on pole. Andrea Dale (CRG / Maxter) was back in 2nd place ahead of Bas Lammers (Formula K / Parilla) and Flavio Camponeschi (Tony Kart / Vortex). Ardigo went even better with the final pole time: 1’04”887. He was closely followed by Camponeschi, with Dale in 3rd position, already three tenths ahead of Anthony Abbasse (Sodi / TM) and Lammers.