Kami Laliberté is back

The young Kami Laliberté Canadian driver will be able to taste the joys of his first weekend of car racing at the kickoff of the inaugural round of the 2015 French F4 Championship as part of the GT Tour which showcases the French championships on the track. Kami Laliberté will be ready at the wheel of his car for the first meeting of the season which will start in the Gard at the Lédenon circuit on Friday 17th April. 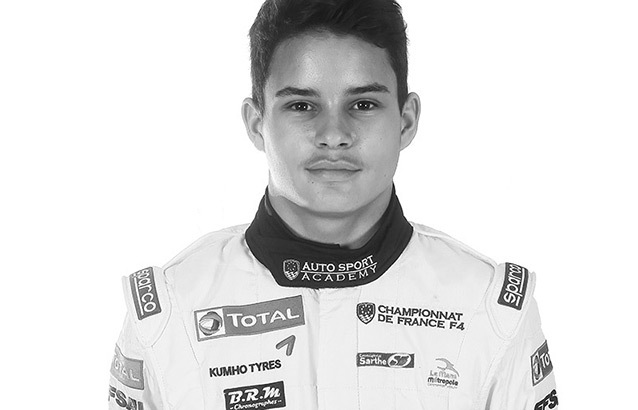 Kami Laliberté was able to get to know the other academicians in the international line-up during the two-week conference in the structure of the Auto Sport Academy, the FFSA training centre, before having to compete throughout the 2015 season in F4. After the work comes the action! The time has come to climb into his new flaming car and to take advantage of the time he has spent refining his driving throughout the winter.

For this first meeting, needless to say Kami Laliberté is very excited and eager to get into the nitty-gritty of the 3,156 Km Ledenon circuit and is ready to show us some brilliant racing at the track in the Gard to the delight of his family and friends!

Three races are on the programme with one qualifying session lasting 25-30 min.

Would you like to drive in Brazil next year?