Vartanyan wins in the KF final after a wild ride 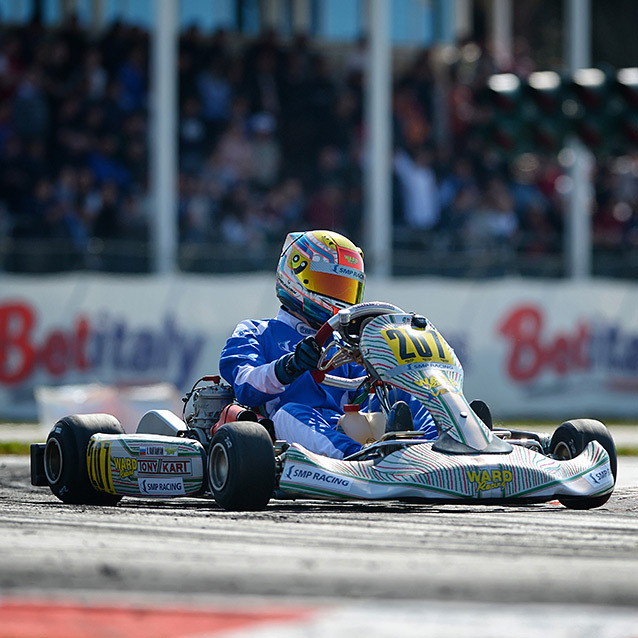 Nielsen stopped on lap eight, so Vartanyan didn’t need much encouragement to go ahead of Lorandi and Tiene. Benjamin Lessennes (Zanardi / TM) and Gasper Mihevic (Tony Kart / Vortex) crashed and retired themselves at the halfway point. Vartanyan upped the pace again and won ahead of his opponents. Richard Verschoor (Exprit / Vortex), up to 5th put pressure on Roes in front of him and got past into 4th with three laps left. Basz fought to keep 6th against Joyner, while Marcus Armstrong (Tony Kart / Vortex) closed up to them.

Vartanyan won this strange final with the fastest time, 3.6” in front of Lorandi, himself nearly 3” in front of Tiene. Verschoor finished 4th, Roes 5th, Basz 6th, Joyner 7th and Armstrong 8th. But the race saw too much misfortune to leave a good memory. 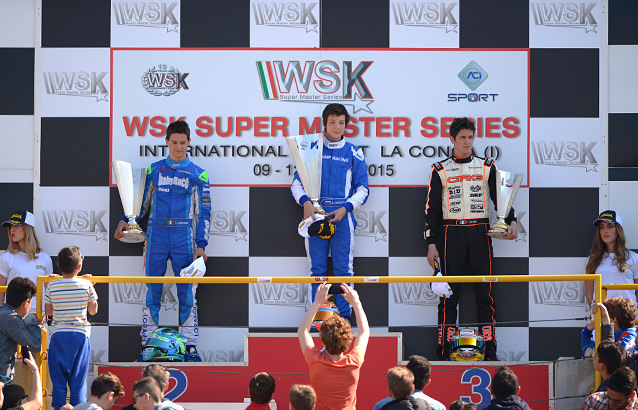