KZ2: Superb victory for Puhakka but a deplorable race 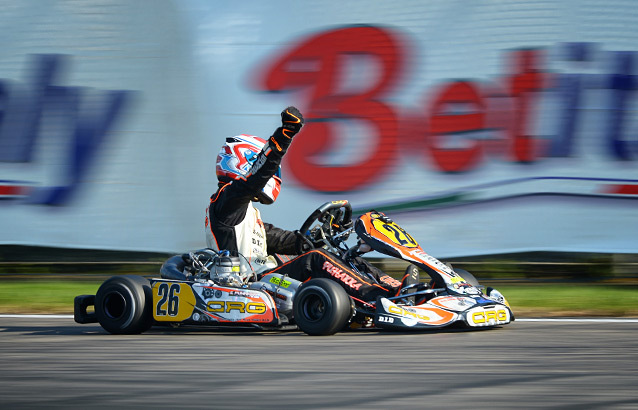 Simo Puhakka (CRG / Maxter) started perfectly ahead of Marco Ardigo (Tony Kart / Vortex) at the lights of the KZ2 final. Jordon Lennox-Lamb (BirelART / Parilla) was pushed off at the first corner, then a massive collision involving six drivers required the use of the Slow procedure. Paolo De Conto (CRG / Maxter), Stan Pex (Intrepid / TM), Luca Corberi (Tony Kart / Vortex) and Jorge Pescador (Praga / Parilla) were some of the victims.

Attempting to attack Lundberg, Iacovacci lost places but also disrupted the race. He then crashed with Rick Dreezen (Ricciardo / Parilla), who showed his displeasure. This is a driver who has immediately earned a reputation. Puhakka won clearly ahead of Ardigo and Abbasse, with Camponeschi 4th, Iglesias 5th, Thonon 6th and Fore 7th. Gonzalez took advantage of the unrest in the last laps to go back to 9th from Hajek, Lundberg and Kozlinski who had to retire. Only half of the field finished a race that was sportingly very questionable because of the irresponsible behaviour of some of the drivers. 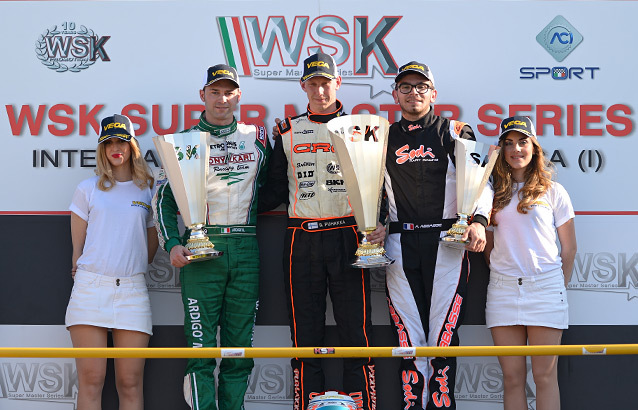