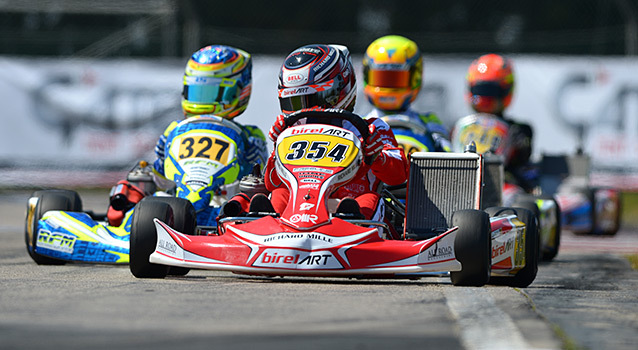 The battle was still going on for 1st place between Sargeant and De Pauw, before Yue Yang joined in. De Pauw won the race, while three drivers went over the finish line together: Yue Yang was 2nd by 23/100 against Sargeant and Maini who was 4th by 31/100. Colombo finished 5th, Légeret 6th, Simmenauer 7th. Back to 9th place for Collet, with the fastest lap, and Timothy Peisselon (BirelART / Parilla) qualified in 17th position, while Tom Leuillet (BirelART / Parilla) finished 19th.