Home News International Nielsen gets a second victory in heat 3

Nielsen gets a second victory in heat 3 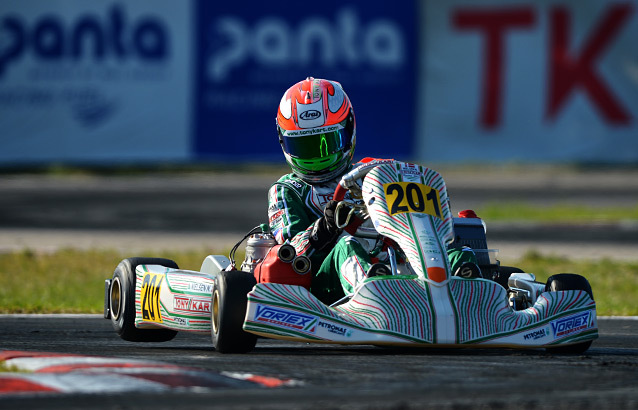 Another complicated start for Max Fewtrell (FA Kart / Vortex) in the third heat in KF as he touched another competitor and dropped to 21st on the first lap. The race was led by Nicklas Nielsen (Tony Kart / Vortex), Thomas Bale (FA Kart / Vortex) dropped from 2nd to 10th place while Richard Verschoor (Exprit / Vortex) went off rather violently into the barriers. Karol Basz (Kosmic / Vortex) retook 2nd place from Lorenzo Travisanutto (PCR / TM), Hannes Janker (CRG / Parilla) and Martijn Van Leeuwen (CRG / TM). Felice Tiene (CRG / Parilla) then returned to 5th. Maxime Potty (Kosmic / Vortex) and Anton Haaga (Tony Kart / Vortex) crashed off at a fast corner I to a fence. Nielsen was heading for a clear victory in front of Basz. Further back, Tiene emerged in 3rd position, and Van Leeuwen retook 4th on the last lap against Janker and Travisanutto. Fewtrell returned to 9th with the fastest time.