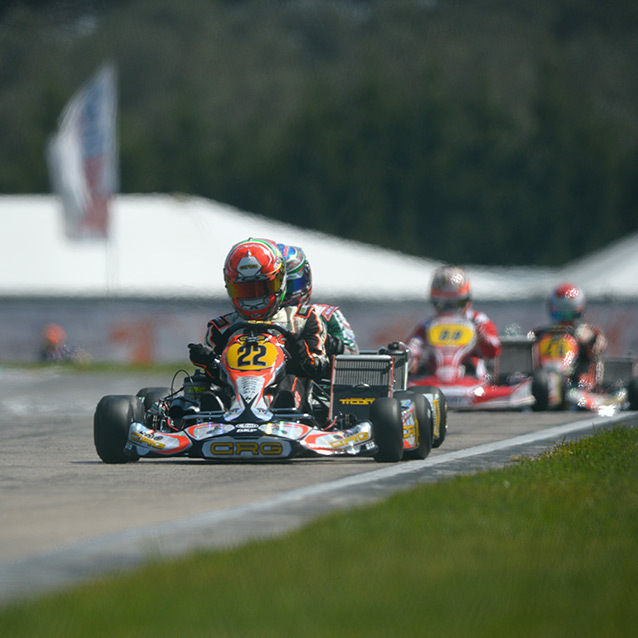 After two wins, Paolo De Conto (CRG / Maxter) posted the best score in KZ2, but his teammate Simo Puhakka (CRG / Maxter), winner of the last race, showed a very competitive end to his day ahead of Marco Ardigo (Tony Kart / Vortex). Less effective in the third heat, Jordon Lennox-Lamb (BirelART / Parilla) remains in the game in 4th place ahead of Rick Dreezen (Ricciardo / Parilla), while Arnaud Kozlinski (Sodi / TM), in 6th, was ahead of Flavio Camponeschi (Tony Kart / Vortex). Despite his mishap in the last heat, Anthony Abbasse (Sodi / TM) remains in the top 10 ahead of Douglas Lundberg (Kosmic / Vortex). In 14th, Nicolas Gonzales (Alpha / TM) achieved the best result of the CPB Sport team, as Jeremy Iglesias (Alpha / TM) retired in heat 3.