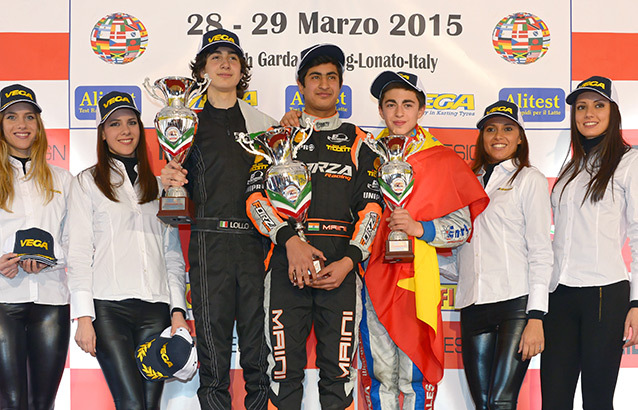 Noticed at Adria after taking the second step of the podium in the WSK Gold Cup, the Indian driver Kush Maini didn’t do anything by half measures in the 26th Andrea Margutti Trophy at the South Garda Karting track in Lonato. From the beginning to the end of the meeting, Maini won everything in KF-Junior, against a field of 46 drivers who are the top specialists at the moment. On a dry track and in spring temperatures, the Tony Kart / Vortex Racing machine from Forza was the benchmark at the Italian classic, throughout the meeting.

In timed qualifying, Maini took pole position with a time of 43”748 which remains the lap record of the event, before dominating the qualifying heats. In the scuffle in the prefinal the Forza Racing driver won by more than 3” and led the final from start to finish, once again dropping his competitors by a distance. 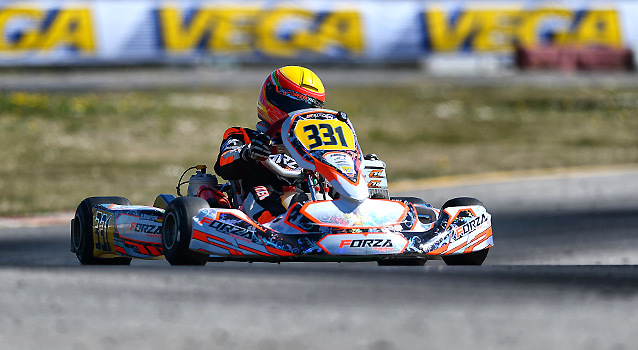 Niklas Krütten, the 12 year old German hopeful, who has just started in international competition with Forza Racing, demonstrated great potential at Lonato with 6th in qualifying and 5th in his first heat. His short experience at this level didn’t allow him to realize his potential in the closing stages, but he had the speed needed. Finally, the Italian Aldo Festante was close to the top 10 of the KF final after a great recovery from 21st place in the intermediate classification.

Forza Racing has confirmed its ambitions from the start of the 2015 season thanks to the skills of Jamie Croxford’s team. The Tony Kart chassis and the Vortex engines prepared by One Engines allow Forza Racing to offer one of the most competitive packages in the international field.

Forza already fully on the pace in 2015

Forza shines on all fronts with its Junior drivers

Forza Racing ahead in the grip at the Champions Cup