Already winner of the Las Vegas SuperNationals in 2011 in the TaG Cadet category, Logan Sargeant won in 2014 driving a Tony Kart bearing the colors of RFM, this time in TaG Junior. It was the first time in seven years that an American driver had won the category at the Supernats. 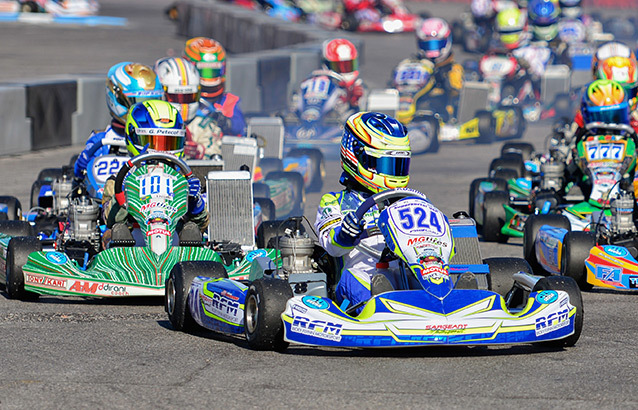 Ahead in qualifying for a long time, Logan was dislodged from pole by 74 mils in the very last moments of the session. He regained the lead in the heats, despite a problematic start in the first. He took three straight wins and was at the top of the intermediate ranking.

To see him take control of the final from the start was no surprise. Logan then took off without any mistakes while his opponents were fighting roughly for second position. At the end of the 13 laps he crossed the finish line more than 5.5 seconds ahead of his nearest rival.

As well as his victory, the ease with which he achieved it commanded respect. A good way to end a busy 2014 season that has seen strong growth in this young driver with a bright future. 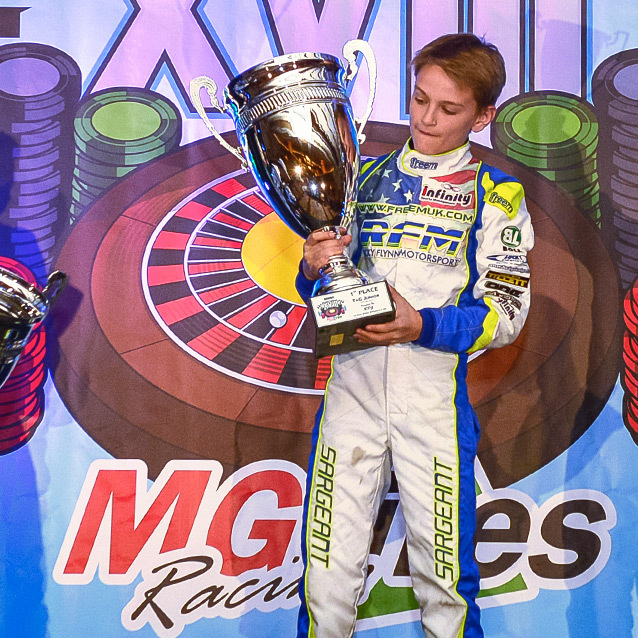 2nd place at Adria to finish off the season in Europe

Sargeant suffers a nasty blow in the World Championship