First victory for Thonon with Praga

Jonathan Thonon, the champion from Belgium, didn’t ultimately take very long to find the path to victory since joining the Praga Kart Racing Team recently. He was almost victorious in Belgium at the first round of the European KZ Championship, but a clash decided otherwise. It was therefore at Wackersdorf, the second of three European events of the season, where Thonon reached the highest step of the podium with his Praga / Parilla. 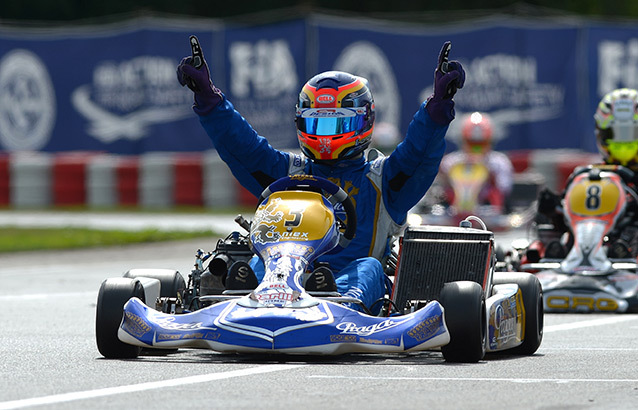 There was great joy for the Praga Kart Racing Team in the evening at Wackersdorf, and the long-awaited victory came as the reward for several months of hard work from all the staff. Despite difficult conditions on the track between rain and sun, Thonon managed his race weekend perfectly in Germany. Consistently in the top 10 at the beginning of the meeting, he bided his time wisely. Slow early in the prefinal, Jonathan managed to salvage the situation by gaining 10 places to finish 8th with the fastest time, but he was no longer able to make mistakes. The Belgian made a great start in the final and quickly took 3rd position. Very strong and confident in the speed of his equipment, he seized his chance on the fifth lap and escaped in the lead of the race. He stayed perfectly in control ahead of his rivals and won without argument at the chequered flag.

“It was not an easy race!” Thonon explained at the press conference. “The standard is extremely tough and and there is strong competition. Fortunately, I was able to use a very effective kart. The Praga chassis is fundamentally very efficient and the team has found the perfect set-up to hold throughout the 25 laps. As for the Parilla engine direct from the IAME factory, I think it is simply the best in the field. This victory is a great reward for Praga Kart. I have taken third in the standings in the European Championship and we do not intend to stop there!“ 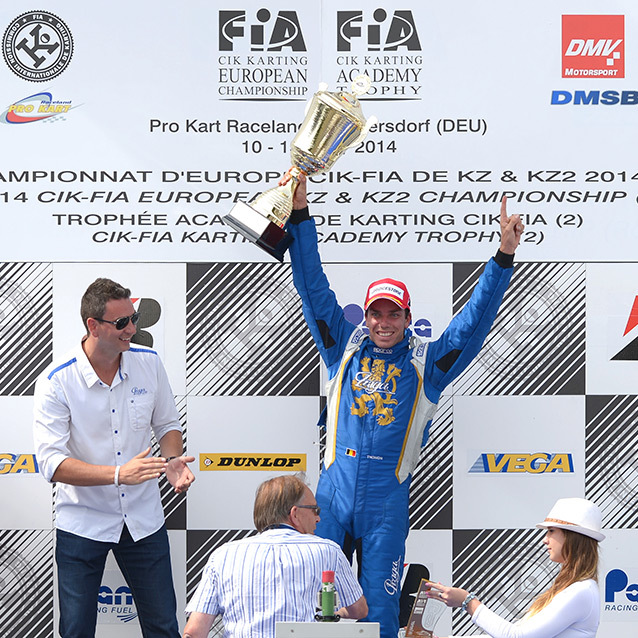 The other KZ Team driver Patrik Hajek also achieved a very good performance, but the vagaries of the race did not let him to develop as he deserved in the finals. This is also what happened to Jorge Pescador in KZ2.