Big surprise from Joyner in the KF final 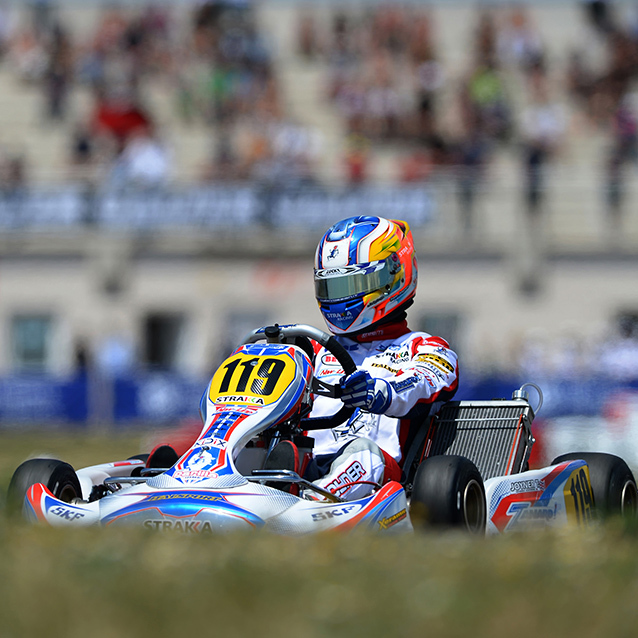 Nicolas Gonzales (Kosmic / Parilla) was 16th, and Julien Darras (Kosmic / Vortex) in 18th after the difficult early stages and Aubry retired. The top six were spread about three tenths from each other, but things were changing rapidly. Joyner attacked Kari on lap 8, Norris took the opportunity to pass too and Nielsen was back to 4th, then Lorandi attacked Tiene to take 5th.

At the halfway point, while his pursuers were fighting, Joyner pushed his advantage to more than 2 seconds from Nielsen, Norris and Lorandi while Tiene continued to lose ground. Kari retook Norris for fourth position, who was now sixth ahead of Besancenez Maestranzi and Tiene. Starting 31st, Karol Basz (Tony Kart / Vortex) moved into the top 10. Lorandi put pressure on Nielsen, second place was at stake, but the Danish driver resisted, while Kari set the fastest time in 4th position.

In the lead, Joyner did more than keep pace, he regularly increased his lead over Nielsen, Lorandi and Kari. Joyner won, Nielsen was 2nd and Lorandi 3rd. Kari took 4th place from Norris. Besancenez managed a timely pass on the last lap to take 6th from Tiene and Maestranzi. Darras finished 13th, ahead of Mazepin. Ilott couldn’t gain more than 14 places for 20th position. 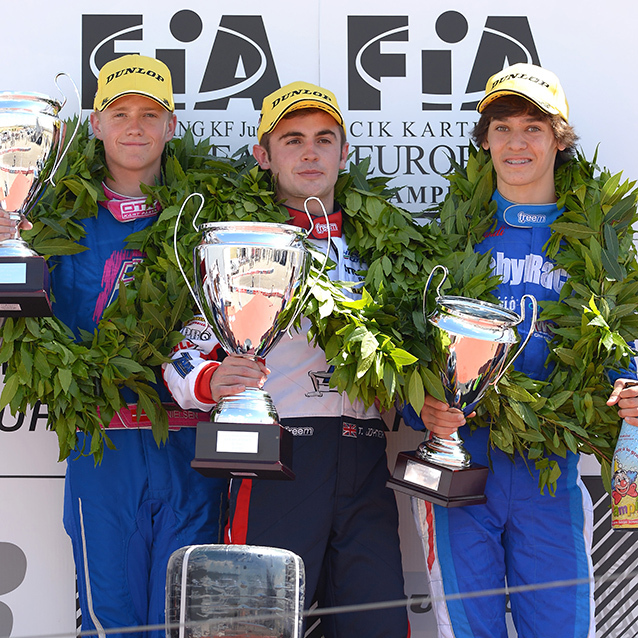