The first official tests of Formula 4 Italy, the first F4 championship certified by the FIA, took place last week at Adria, where the first race will be held at the beginning of June. 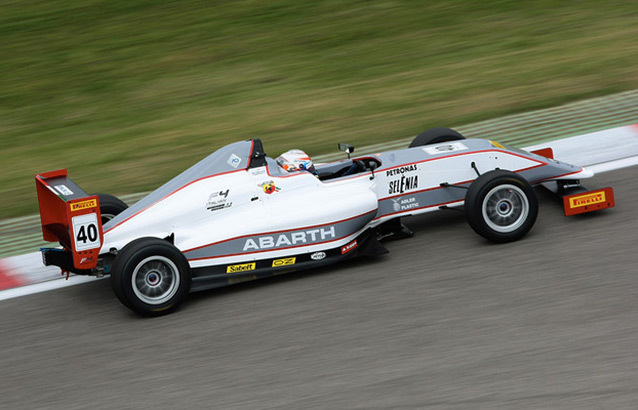 “FIA Formula 4 is a great initiative” says Jean Todt, FIA President, “firstly, because this discipline represents the missing step which exists between Karting and Formula 3 today. Secondly, because Formula 4 creates a synergy between the FIA and all ASNs through the training of the talent of tomorrow in a championship which matches both control of costs with the highest levels of safety. With Formula 4, young drivers from every country have the chance to put themselves in the spotlight from the beginning of their career.“

Under the impetus of the CSAI, Italy is a pioneer in this field, being the first country to put in place a Formula 4 championship certified by the FIA. Driving single-seaters built by Tatuus, which comply with the F4 regulations defined by the FIA and are powered by an Abarth engine block, sixteen drivers aged fifteen and over took part in the first official test session on 16 May 2014. Around twenty competitors split into ten teams are expected at the beginning of June, again at Adria, for the first of the seven competitions of the season.

“People like our concept, and I feel that we are entering a very interesting phase for FIA Formula 4. It is taking shape in numerous countries,” enthuses Gerhard Berger, President of the FIA Single-Seater Commission. “This year, the Italian Formula 4 Championship is an important first step. We are following its development attentively, and the FIA will lend all its support to the CSAI, especially where sporting and technical equity and communication are concerned. In 2015, there are potentially seven championships that will be staged across the world, and even more in 2016. We are conducting a long-term project, the objective being to make FIA Formula 4 the first indisputable step for single-seater racing drivers, by offering an optimum level of safety while at the same time keeping costs down. Formula 4 will re-launch single-seater racing on the national level and thus offer a new breeding ground of drivers for Formula 1, but also for all the other top-level disciplines.”

FIA: to prevent risk of competition-manipulation

TotalEnergies to introduce 100% renewable fuel in 2022