Nato invicinble in the Principality 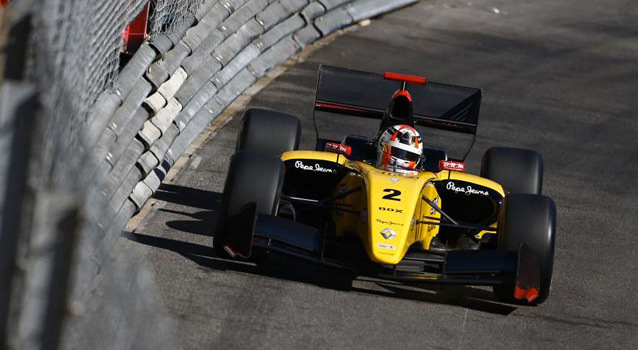 Norman Nato (DAMS) has won the Formula Renault 3.5 Series race in the streets of Monaco. Following his domination in practice and qualifying, the French driver led from start to finish taking the chequered flag ahead of Marco Sørensen (Tech 1 Racing) and Jazeman Jaafar (ISR), to receive the winner’s trophy from Carlos Ghosn, President and CEO of Renault. Championship leader, Carlos Sainz (DAMS) finished just off the podium, but increased his lead in the general classification.

[Norman Nato started from pole on the starting grid with Jazeman Jaafar alongside. Marco Sørensen and Carlos Sainz shared row two, and where followed by the the Fortec Motorsports entries of Oliver Rowland and Sergey Sirotkin.

When the lights went out, Norman Nato maintained the lead while Marco Sørensen got past Jazeman Jaafar before Sainte Dévote. Carlos Sainz was momentarily overtaken by Oliver Rowland, but the Red Bull Junior Team driver was quick to regain his position. Behind them, Sergey Sirotkin (Fortec Motorsports) was stuck and dropped down the order. The Russian managed to get going, but his race was over on lap seven when he spun at the Anthony Noghes corner.

In the lead, Norman Nato had no trouble holding off Marco Sørensen to get his maiden win in Formula Renault 3.5 Series. Jazeman Jaafar finished third, fending off the attacks from Carlos Sainz and Oliver Rowland, the top rookie finisher at Monaco. Zoël Amberg (AVF) conserved sixth place all the way to the chequered flag despite the efforts of Pierre Gasly (Arden Motorsport), while Will Stevens (Strakka Racing), Roberto Merhi and Meindert van Buuren completed the list of those in the points. 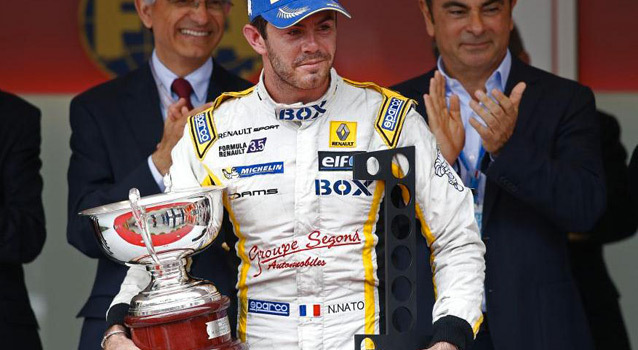 Norman Nato: ”A win is always great, but Monaco remains special! It is emotional, madness…There are no words to describe it. We dominated all weekend long, both the team and I. I had to keep cool at the start and not make a mistake, because it is easy to make a mistake at Monaco! I now have to remain focused to continue this form.”