James Pull demonstrated that he is a serious contender in the European KF-Junior Championship in 2014 despite having to retire in the final for mechanical reasons at the La Conca circuit in Italy. 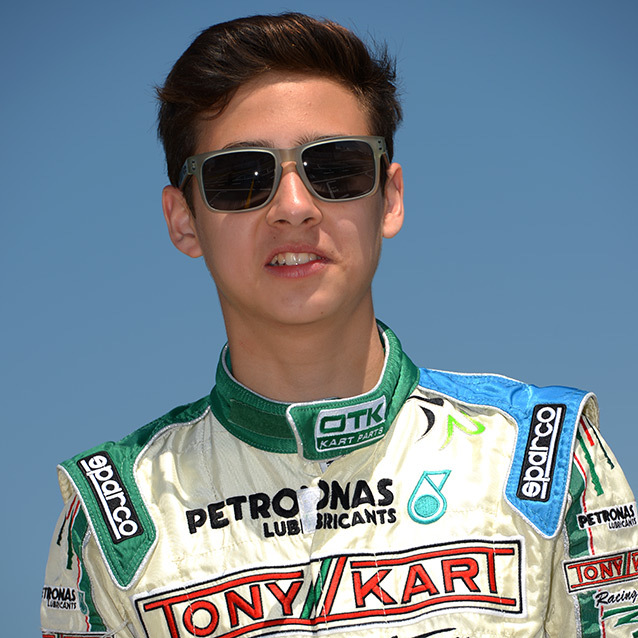 Showing great consistency since the start of the meeting, James took an excellent hard-won fourth position in the prefinal and the McLaren Perfomance Academy British driver from the Tony Kart Racing Team has established himself among the top specialists in KF-Junior. We saw positive signs, driving his Tony Kart / Vortex, with the fourth fastest time in his group during qualifying, which put him in 14th place in the category, largely because of changes in track conditions between the groups. He continued the European competition with excellent runs in the qualifying heats, regularly finishing in the top five and posting the fastest lap in his last heat despite droppping from 3rd to 21st as a result of another driver running into him at turn 3 with only a few laps left.

Even with the incident in the last heat, the Singapore born driver saw his efforts rewarded with 11th place in the intermediate classification. Starting from the 6th row in the prefinal, James made a superb start and very quickly moved to the front of the race which he eventually finished fourth.

James was confident of a podium finish in the final, but fate decided differently on lap 5. An incident demoted him to the bottom of the standings before causing his retirement. James is now focused on testing and preparing himself for the next European event in Spain on the fast Zuera track.