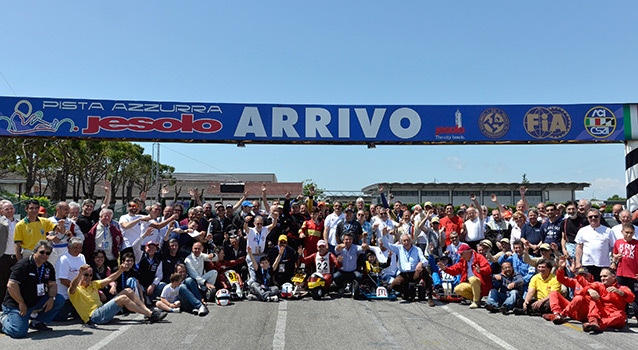 The original Coppa dei Campioni became a tradition in the previous century, and the current version for Historic karts is following in its footsteps. On the weekend of 18 May, the third edition of the event took place at the Pista Azzura in Jesolo (Italy), a circuit itself steeped in history.

More than 120 enthusiasts from six different nations demonstrated their historic equipment, with the oldest (1959), and we mean the chassis not the driver, dating back to the pioneer days of karting. Organised by the Automotoclub Storico Italiano in accordance with the CIK guidelines for Historic karts, the event was filled with passion, fun and friendship from early morning to late into the night, both on and off the track. It was fantastic to see not only top karters from the past but also those responsible for the design of ground-breaking equipment or famous engine tuners exchanging stories from days gone by.

After the prize-giving ceremony and words of thanks spoken to those behind the excellent promotion of the heritage of karting, everybody went home satisfied in the knowledge that in twelve months, another episode would be added to the tradition of the Coppa dei Campioni.