The KF repechage started a little late because of the spectacular crash for Adrian Fernandez Munoz (Tony Kart / Vortex) in KF-Junior, who went off at high speed at the last corner, and went under the barrier, although thankfully with no real consequences. 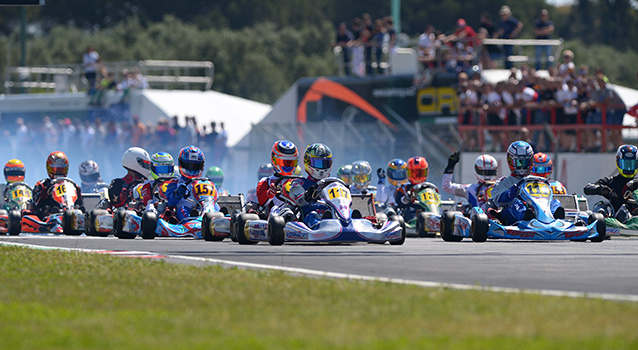