Euro 2014 La Conca: Ilott ahead of Norris in the KF Prefinal 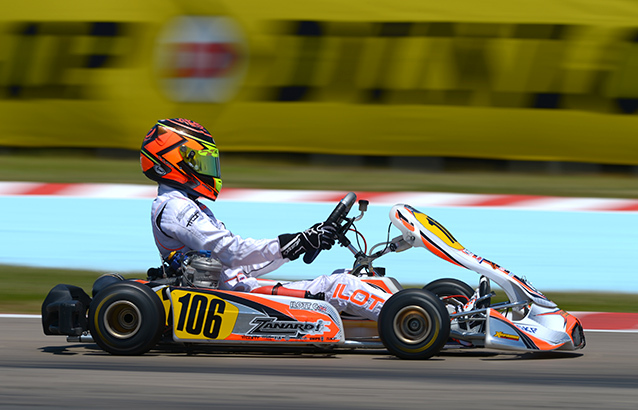 Ilott escapes in the lead and Hiltbrand was now second and the target for Norris, less than one second behind. Van Leeuwen took 4th place ahead of Kari, Nielsen, Nikita Sitnikov (Tony Kart / Parilla), Karol Basz (Tony Kart / Vortex) and Aubry. There was a good start of the race for Julien Darras (Kosmic / Vortex) who was 18th at halfway. Ilott was over 3” ahead of Norris who over second place on lap 10 from Hiltbrand. Callum Ilott flew to victory with the fastest lap ahead of Lando Norris, Pedro Hiltbrand in 3rd, Van Leeuwen 4th, Kari 5th, Nielsen 6th, Basz 7th, Aubry 8th, Pulcini 9th and Sitnikov 10th.