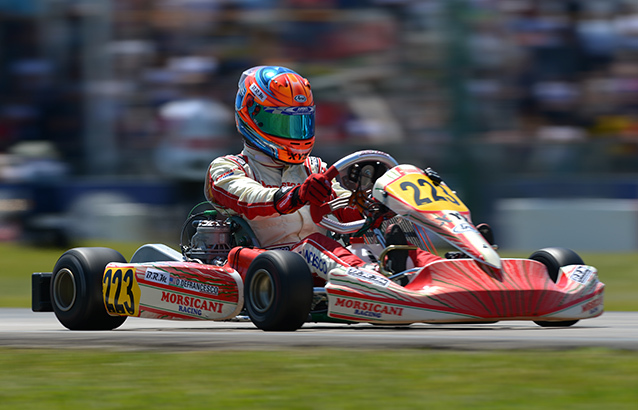 De Pauw took 3rd from Pull at halfway. The leader Defrancesco had almost a second ahead of Ahmed, a good from De Pauw, still the fastest on the track. The winner of the repechage, Sun Yeu Yang (FA Kart / Vortex) was 13th. The positions at the front appeared to be stable given the relatively large differences up to the 6th of Martinez which was coveted by Vartanyan and Sargeant. It was a clear victory and flawless performance from Devlin Defrancesco, and the fastest on the track, Ulysses De Pauw finished 2nd, Enaam Ahmed 3rd (a strategic choice?) Pull 4th, Mick Junior 5th, Martinez 6th, Sargeant 7th, Vartanyan 8th, Lorandi 9th and Fewtrell 10th.