Until the third round of the 2014 WSK Super Master Series, James Pull’s consistent performances in KF-Junior had not produced their just reward due to various risks that are inherent in competition. But the official Tony Kart Racing Team driver could not stay in that position for long and the second step of the podium at La Conca was the reward for his unstoppable progress this weekend. 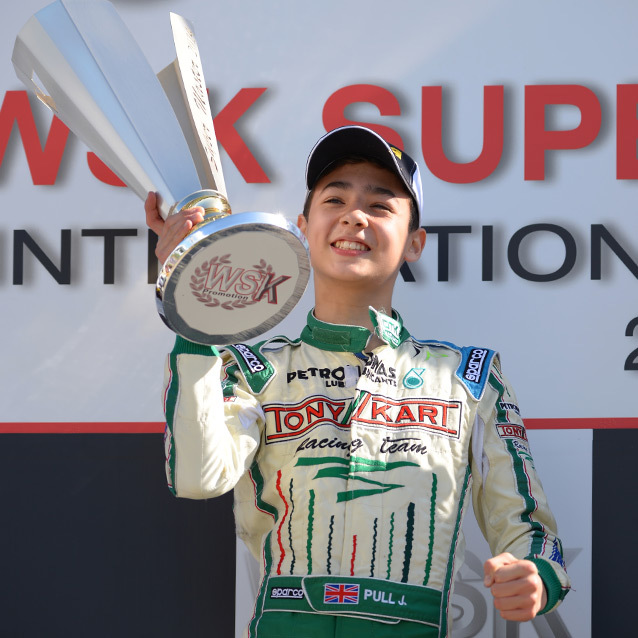 Always very fast during the meeting at La Conca on his Tony Kart / Vortex, James Pull has managed better and better battles in the pack. 8th in qualifying out of the 69 drivers competing, he had some great heats, finishing three out of four in second and setting the fastest lap in the third heat. Even with a penalty for excessive enthusiasm in the first heat, he was 6th in the intermediate classification.

Second in prefinal B, with the third fastest time, James continued his momentum in the final without losing contact with the leader, finally reaching the podium in second place. After the setbacks encountered in the previous two events, he made an impressive improvement from 22nd to 8th place overall in the WSK Super Master Series. James is now ready to meet the challenge of the European Championship, with the opening round coming soon at the same La Conca circuit. 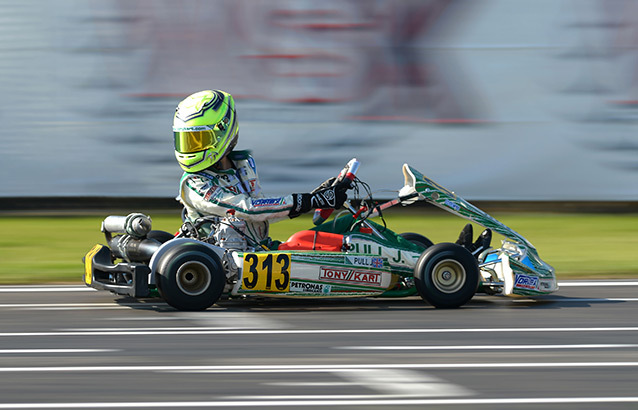