Home News Auto French F4 Championship: Mawson gets his season off to a flying start!

French F4 Championship: Mawson gets his season off to a flying start! 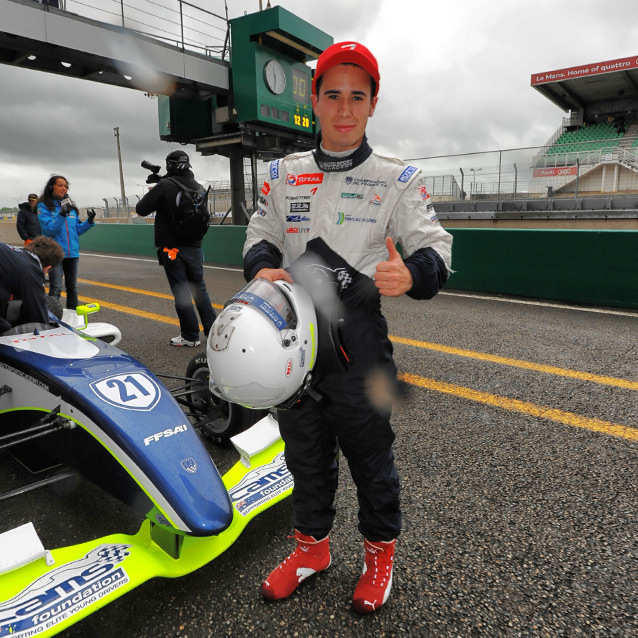 The Auto Sport Academy trainees had an enjoyable weekend’s racing in the first round of this year’s French F4 Championship on the Le Mans Bugatti circuit despite the inclement weather. After two official test days included in their training course at the end of March and the beginning of April, the young chargers were able to have their first taste of real competition in the context of the GT Tour. Australian Joseph Mawson gave a superb display of his talent with three top-3 finishes including two victories in a series of action-packed events. The second round of the season will take them to the historic setting of Pau for the 73rd International Grand Prix on the city circuit.

Qualifying quickly revealed the weekend favourites Joseph Mawson and Anglo-Swiss Felix Hirsiger who took pole for races 1 and 3. In the first heat Mawson transformed his pole into victory without problems. He shared the podium with Lasse Sorensen from Denmark and French driver Dorian Boccolacci who started in ninth place.

The start of race 2 was marked by a spectacular somersault by Valentin Moineault who was fortunate to emerge unhurt from the accident, but was unable to take part in the third and last heat of the weekend. Poleman Bryan Elpitiya never lost his lead and took the chequered flag after 20-minutes racing on the Le Mans track during which he opened up a comfortable gap over his nearest pursuers. Joining him on the podium were Mawson and Hirsiger, while Paul Hockfelt Jr from Switzerland made a spectacular comeback to finish just outside the top 3.

Hirsiger on pole made a great start to Sunday’s race, but was quickly caught by Sorensen who posed a real threat to the Anglo-Swiss thanks to his consistency. In the closing stages of the race Mawson, who had fluffed his getaway, began to push really hard and took the lead and victory in the final race of the weekend in masterly fashion.

The tone is set in the overall classification as the Australian left Le Mans leading the 2014 French F4 Championship with 67 points followed by Hirsiger with 43 and Boccolacci with 37. The young Frenchman is just one point ahead of Sorensen from Denmark who, in turn, has Elpitiya on his tail. Hockfelt Jr came away from Le Mans with 24 points making some spectacular charges up through the field after running into mechanical issues in qualifying. He is just as thirsty for victories as his rivals. The other drivers in the top 10 are also determined to score a big haul of points to upset the current hierarchy. They are all looking forward to doing battle on the streets of Pau in the next meeting.

Results : French F4 Championship: Mawson gets his season off to a flying start!
FacebookTwitterPinterestWhatsappTelegramEmail
previous post

F4 Academy: A highly anticipated second half of the season