Praga Kart Racing on the podium in KZ2 and more

While more and more drivers are joining the Praga Kart Racing factory team, the last round of the WSK Super Master Series, run at La Conca, saw increased performance for Praga-Parilla, shown especially by the 2nd place for Jonathan Thonon in KZ2 and the revelation of the young driver Rasmus Lindh in the top 10 in KF-Junior. 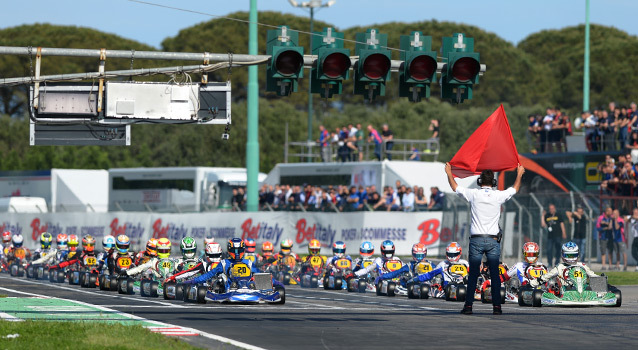 The seriousness and professionalism of the Praga Kart Racing Team, together with results in the most competitive arena, have quickly built a solid reputation for Peter Ptacek’s very well structured team. For the meeting at La Conca, there were no less than nine drivers racing under the blue and gold banner.

The team was particularly pleased with the results of the young Belgian Rasmus Lindh in KF-Junior. The work done since the beginning of the season has begun to bear fruit for a driver who has only started in the category this year. He set a promising 15th fastest time in qualifying with nearly 70 opponents, then Lindh accelerated the pace in the heats, also taking an excellent 2nd place, before two 6th positions in both the intermediate classification and prefinal B. He continued his momentum in the final and again gained four positions to finish eighth at the finish line, his best result to date.

In KZ2, Jonathan Thonon was able to take advantage of a more competitive kart to monopolize the top positions early in the meeting, starting with a superb pole position during qualifying, with a time of 45” 923 that will never be exceeded. Winner of the Prefinal, he was slightly behind the leader after outdistancing all other competitors, a result which allowed him to move from sixth to third in the standings of the WSK Super Master Series. Meanwhile, Patrik Hajek was regularly in the top 10 with an 11th place finish, Jorge Pescador finished 13th, and the newcomer Kirill Karpov was 18th.

In the KF category, there was no lack of good performances, but they have still to achieve a more significant result. Marino Sato started best with an 11th fastest time on the clock, while new signing Vaclav Safar was remarkable for an incredible fifth position in a qualifying hear after a stunning rise of 17 places. Only Karol Dabski and Diego Bertonelli qualified for the final in which they were 18th and 22nd respectively. 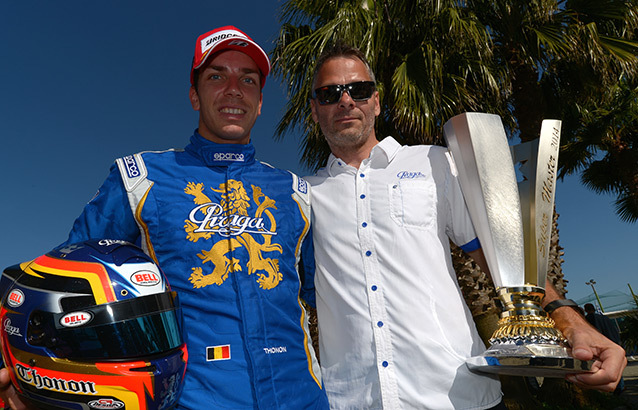