Fong on the second step of the podium at the Margutti 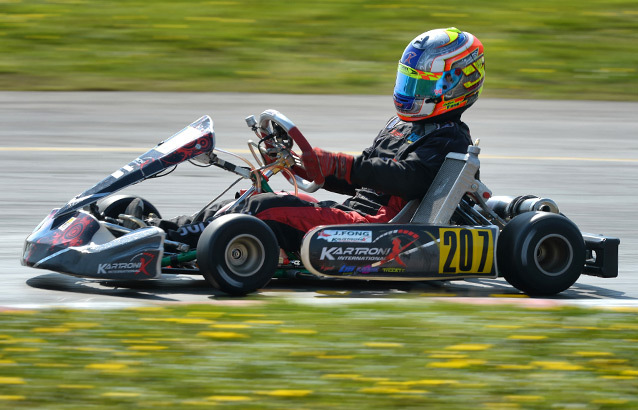 Julien Fong returned to his best form at Lonato for the Margutti Trophy. The driver from Singapore was resuming competition after the winter break. He had already performed well at Sarno during the first round of the WSK Super Master Series last week, but he really revealed the full extent of his talent at the 25th Margutti Trophy on the South Garda Karting circuit, finishing in 2nd place in the KF category.

In qualifying Julien posted the second fastest time, just 61 thousandths from the pole sitter, Alessio Lorandi. It was not a surprise to Jarlath Keary, the team principal Kartronix International: “We have not really changed the Tony Kart / TM for Julien at Lonato. I know the driver, he needs to do several races in Europe to regain his full potential. This magnificent result at the Margutti will do him the greatest good for the rest of the season.“ 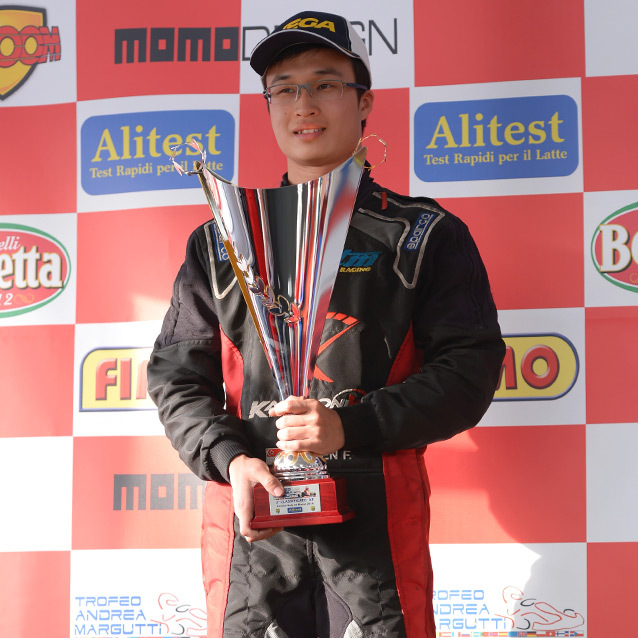 Julien perfectly maintained the pace in the heats, each time setting the second fastest lap. 4th in the intermediate classification, he had a more difficult job to to to 7th in the prefinal. Highly motivated, he made a great start in the final and joined the race leader quickly. He passed Jehan Daruvala for second place, but he put in a fierce fight to regain his property. The duel between the two men lasted until the end, allowing the leader to escape. Julian crossed the finish line in third position, but then recovered 2nd place after a penalty for his opponent. It was in any case a great weekend filled with appreciation for the 2013 Asia Pacific Champion, who is anxiously awaiting further exploits in the upcoming important competitions.