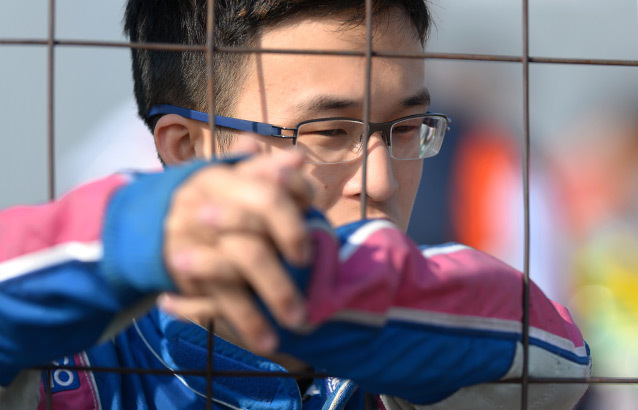 2013 KF Asia Pacific Champion Julien Fong Wei Jie started his international season with the Kartronix Int’l team. The driver from Singapore started with the Winter Cup, a classic event included in the CIK-FIA calendar. Although he started in during free practice with the best performance of his team, Julien’s Tony Kart / TM then experienced a decline in performance in qualifying where he was only 33rd. Adapting to the Bridgestone tyres used at Lonato could have been the cause, but the team was surprised and disappointed by the problem without all the parameters in hand to fix it.

Julien then had to fight in the middle of the pack, which is still a difficult exercise at the South Garda Karting circuit. Despite his efforts, he didn’t qualify for the finals of the 2014 Winter Cup. The situation is not dramatic, as other tyres, Dunlop, are to be used in races and championships during the season. Julien therefore hopes he will quickly find a machine that allows him to realize his ambitions. He has to work hard before resuming his studies in Singapore at the end of the season.

Fong on the second step of the podium at the Margutti