This year, the major world event for X30s took place at Lyon St Laurent de Mûre with the 2012 IAME International Final and its 180 entrants representing 21 nations and 4 different continents. Sodi Celesta chassis took two brilliant victories there: in X30 Senior, the category that gathered the highest number of entrants, with Jules Gounon, and in X30 Shifter, the toughest category, with Thierry Delré. 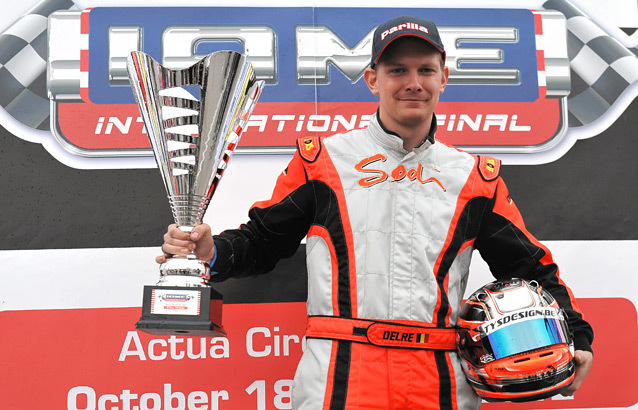 The Belgian Thierry Delré, who entered the top 3 of gearbox karts already at the start of the meeting, won 2 out of 3 qualifying heats and was at the front at the start of the final. After a perfect start, he stayed in the lead throughout the race and crossed the finish line as the winner, with a lead of more than 2 seconds over his immediate pursuers. In the meanwhile, the young driver Florian Latorre climbed up from 12th to 4th place with the fastest time in the race. 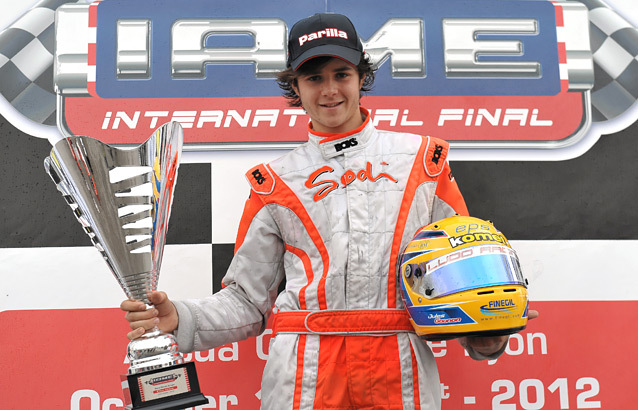 At the same time, Jules Gounon thrashed rivals in X30 Senior, where there were nearly 90 drivers. 9th in timed qualifying, the Frenchman from the Ludo Racing Team switched to higher gear and won all his races. 4 heats, a pre-final and then a final: he climbed onto the top step of the podium to receive a well-deserved reward, the World Cup, which he did not forget to dedicate to his team and to Sodi.