Cold and wet qualifying at Laval

The weather was cool, very cool, Saturday morning for the first qualifying of the GPO Laval. No more than 5 ° in the air, 7 degrees on a track that was greasy after rain in the night. However, strong wind dried the asphalt, the positions constantly changed and the best performances were achieved at the end of the sessions. 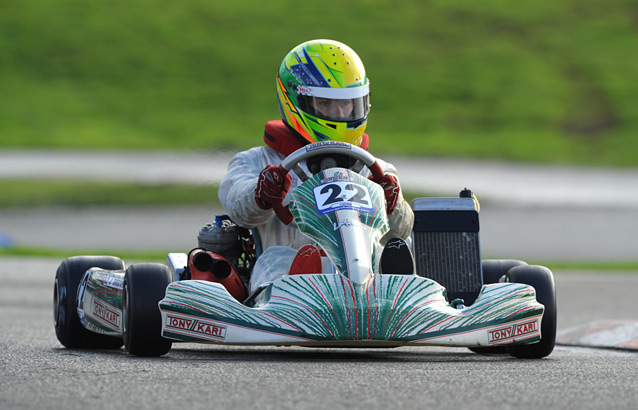 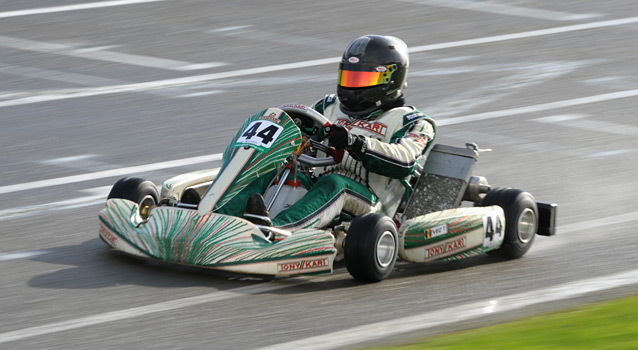 There was rain at the start of the KF2 session, while everyone was on slicks. The yellow and red flag indicating the change of adhesion didn’t prevent many drivers running off the track. The rain stopped in mid-session, but the damage was done. The ranking revealed a surprising pole for Thierry Fievez (Tony Kart / Vortex), the only driver to drop below one minute with a time of 59” 841. Second was Morgan Rich (FA Kart / Vortex) who beat Pascal Belmaaziz (DR / Vortex) and Valentin Moineault (Tony Kart / Vortex). Paul Boutonnet (Tony Kart / Parilla) was only seventh and Sébastien Bailly (Swiss Hutless / TM) tenth.

7 competitors competed for the fastest time in KZ2. Charles Fiault (Sodi / Maxter) was a long way in the lead throughout the session, ahead of a convincing Christophe Benoit (Birel / TM). Amos Mechoulam (DR / TM) then led from Maxime Roy (Tony Kart / TM) and Nolan Mantione (Birel / TM). Fiault returned to pole with a time of 56” 297.