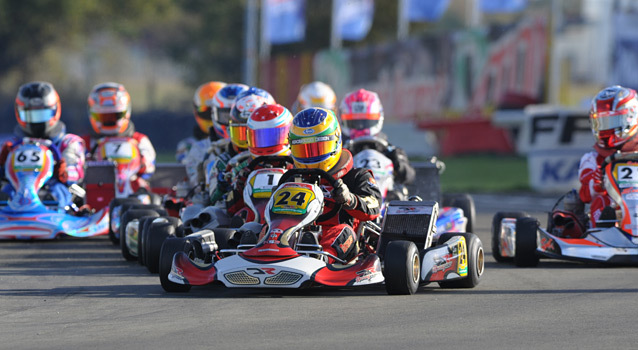 Nicolas Gonzales (DR / Vortex) made the best start in the KF2 final, followed by Paul Boutonnet (Tony Kart / Parilla) who was very fast. Pascal Belmaaziz (DR / Vortex) followed in third position ahead of Hubert Petit (Sodi / Parilla), and Sébastien Bailly (Swiss Hutless / TM). During the attack on Gonzales by Boutonnet, Belmaaziz got second position. The fastest on the track, Hubert was not long in third position. Valentin Moineault (Tony Kart / Vortex) was relegated to the back.

Belmaaziz took the lead, but Hubert was swiftly dislodged, while third was Boutonnet. Belmaaziz has not had his last word and set the fastest lap of the day, Hubert retaliated against an attack from Belmaaziz. Gonzales took advantage of Boutonnet through the third, while the duel continued for 1st place with Belmaaziz who kept pace with Hubert, thus maintaining suspense about the outcome of a race that was otherwise rather quiet.

The last lap board announced the imminent finish and Anthoine Hubert took the checkered flag in front of his brave opponent Pascal Belmaaziz. In third position, Nicolas Gonzales finally set the fastest lap. Boutonnet finished fourth, ahead of Bailly and Compere. 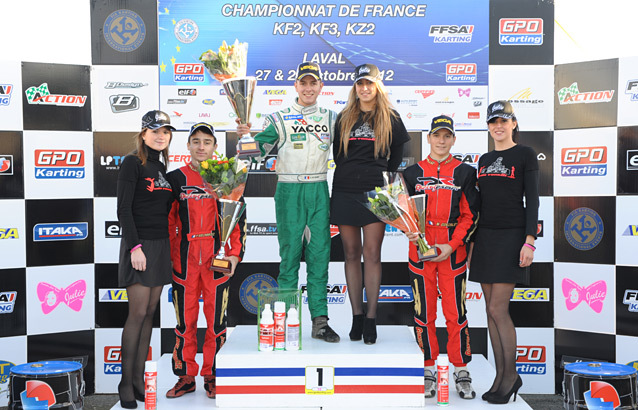