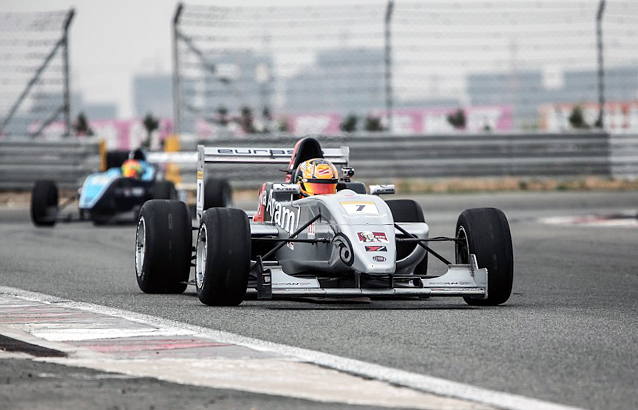 This the latest news for Sean Gelael and Antonio Giovinazzi after the 3rd round of Formula Pilota in China, at Ordos International Circuit last week, a very promising result for both drivers. On thursday, the two drivers clock the fastest laps on practices. Friday, for the first qualifying practice, Kyoharra, from Japan, got the pole position by only 0,028” to Antonio. In 3rd place, Dan Walsh was followed by the rising star Sean Gelael. During the 2nd qualifying session, Sean Gelael got the pole position, 0.516” faster than Walsh, followed by Kyohara and Giovinazzi. This was an astonished achievement by the young driver Sean for his 3rd race. 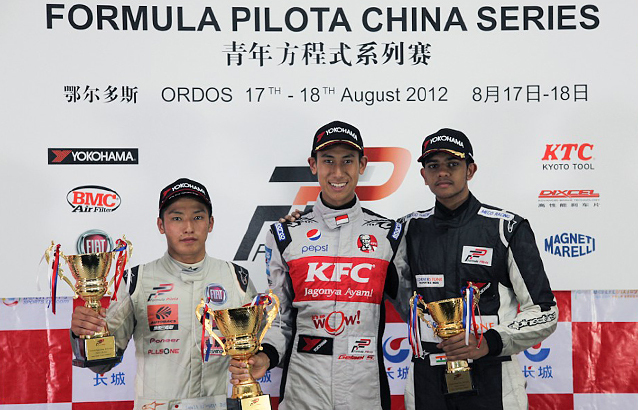 After the practices, both drivers made a good start in Race 1. Antonio, who started second, led the race after the first corner, followed by Sean who start fourth. They kept these positions during the 14 laps. Under the chequered flag, Antonio finished 1st, Sean 2nd and Kyoharra 3rd. Sean won the Asian podium, in front of Kyoharra and Indian driver Raj. Saturday, in the 2nd race, Antonio started in pole position and Sean second. They both took a very good start and finished first and second. Sean won one more time the Asian class.

But, just before Race 3, the team found a leak of water from Sean’s engine. The engineers were looking and decided to keep the engine on because it would cost too much time to change and they had a doubt on the spare engines. Starting for the first time in pole position made Sean a bit nervous and also he realize that his car was not fully fit. When the green lights went on, Sean was second behind Walsh after the first corner. He continued to push hard until lap 12, till the gap became 0,5”. Everybody was sure he would pass Walsh for the next lap because Sean was 0,4” faster during the last 3 laps. But his engine ceased, just 2 laps before the end and it gave Walsh the win, Path from India finished 2nd and Antonio 3rd.

Anyway, it was Sean’s best performance and he got the fastest lap of Race 3. All the team congratulated him.