During the last 2012 meeting of the WSK Euro Series at Zuera, it was the Czech driver Patrik Hajek who obtained the best results for the Praga Kart Team in the top class, KZ1, while the Dutch champion Bas Lammers suffered a series of setback mostly due to tyres. The difficult management of tyre pressure did not allow him to defend his chances on the overheated surface of the Spanish track and he was finally 9th in the championship. 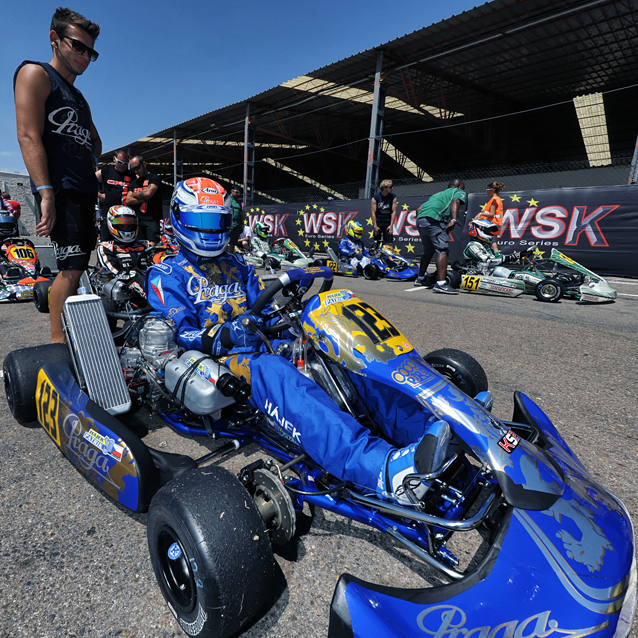 In the meanwhile, Hajek, also behind the wheel of a Praga with Parilla engine, remained in the top 5 throughout Saturday by setting very convincing times and regained 4 places on Sunday, concluding at the foot of the podium of Final 2 after an exciting battle. He also moved up 4 places in the final standings to 6th, confirming the good progress of the Praga Kart team. Libor Toman took advantage of the meeting to pass to KZ1 and get ready for next Sarno World Cup together with his team mates.

With his Praga/TM KZ2, Martin Doubek maintained a good pace on Saturday, in 6th position in Final 1, and then climbed up from 13th to 8th in Final 2 on Sunday, concluding with a 7th place in the Championship. Karol Dabski (Praga/Parilla) staged a remarkable recovery drive in KF2, moving up from 31st to 22nd in the final and concluding the Championship with a 14th place. All the Praga Kart team is now working full speed to achieve high level results by the end of its first competition season.