U18 World Championship: the new Manufacturers are enthusiastic

Within one week the third edition of the U18 (under 18 years old) World Championship will take off on the Portuguese circuit of Braga. Four new Manufacturers will join those who were already present: DR Racing Kart, ART GP, Lotus Racing Kart and FK.

A legendary Karting protagonist in the 1990’s, when he landed five world titles, Danilo Rossi has now become a fully-fledge Manufacturer thanks to the brand DR which bears his initials. The Italian is rather enthusiastic before the start of this competition. “We think that it is a good championship for a make”, he explained. “For Drivers, the system is obviously good as it enables those who have no financial means to show their worth all the same.” 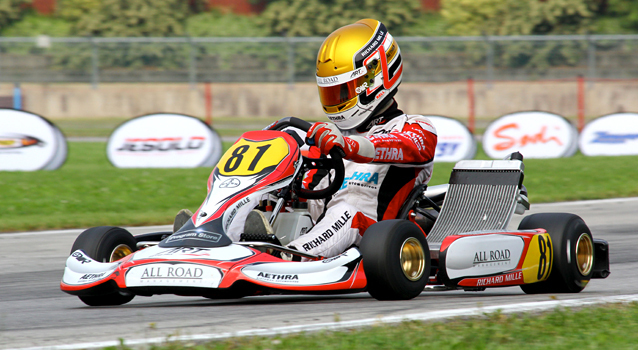 ART GP, the new brand created last winter by Nicolas Todt and Armando Filini, has directly entered the U18 World Championship. And as a matter of fact it will be very well represented with the best two Drivers of the 2011 CIK-FIA Academy Trophy campaign, namely the Monegasque Charles Leclerc and Britain’s Benjamin Barnicoat, as its spearheads. “I like the concept of this U18 World Championship very much”, explained Armando Filini. “For us Team-Managers it offers the chance of spotting new talents, Drivers who cannot afford to compete in the traditional categories but who are nonetheless very fast. Not only costs are limited in this competition but, furthermore, all the engines are equal, which really gives a lot of importance to the Driver. I am therefore convinced that this competition is very closely watched by Managers who try to promote some talents to automobiles. You know, I have been in Karting for 30 years, and with very rare exceptions I have reached the following conclusion: it is often Drivers who have the smallest means who also have the biggest talent and more especially who work the most.” The Karting team in fact does not hide its links with the eponymous ART GP team involved in single-seaters.

The other two new brands entered are also linked with Motor Racing. Lotus Racing Karts is directly integrated in the Lotus Motorsport Division of the Lotus Group structure. The black and gold colours of the Lotus karts are indeed a reminder of the feats of Colin Chapman’s Lotus cars… As for the brand FK, it was created by Andrea Bertolini, the former World GT1 Champion, and three of his friends.These new Manufacturers are quite aware that the U18 World Championship can be a fine marketing platform for them. “As all the engines are the same, there are two elements which can make the difference: the Driver and the chassis”, Cash Van Belle, the Team Manager and Technical Director of FK, was pleased to say. “This competition can therefore enable a Manufacturer to put forward the quality of its products. It is very status-enhancing and so the results achieved in this competition are excellent publicity.”