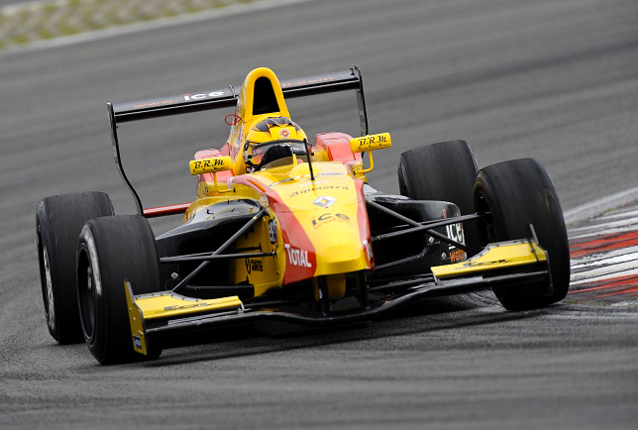 The Group A drivers were first out this morning on a sunny Nürburgring. Although the track was dry it took a few laps before the times started to come down. Norman Nato set the pace with a lap in 1m 59.523S from Jordan King, but as usual in Formula Renault 2.0 there was a flurry of improvements in the closing minutes.

Daniil Kvyat improved the reference time on several occasions and topped the timesheets with a lap in 1m 58.654s. The name of the pole setter changed on several occasions as Nyck de Vries and Nato did their final flyers and the Frenchman managed to beat the Dutchman. Thus, Nato was quickest in Group 1 in 1m 58.481s from de Vries, Kvyat, Alex Riberas and Alexander Albon.

When the Group B drivers took to the track Stoffel Vandoorne knocked Nato off pole with a time of 1m 57.955s. Behind the Belgian the battle for second place raged among Paul-Loup Chatin, Guilherme Silva and Oscar Tunjo. The Frenchman got the upper hand at the end of the session, which was red-flagged after Patrick Kujala stopped on the track.

Stoffel Vandoorne: “After the collective test session we knew we’d be fast in qualifying. I didn’t think my first lap was so quick as I made a big mistake: finally my second lap was cleaner but not as fast which means that I took full advantage of the performance spike of the tyres. It’s my first pole in the Formula Renault 2.0 Eurocup and I’m over the moon! Last week I qualified first here twice in the Formula Renault NEC and I won both races, so I’ll have to do the same thing this weekend.”