Home News International Ilott without concern in Prefinal A

Ilott without concern in Prefinal A 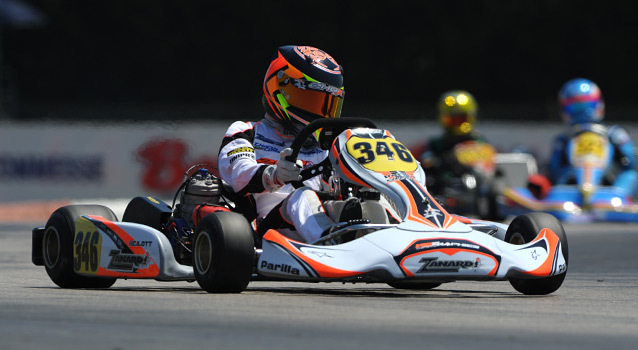 The fastest driver on the track, Kodric passed Boccolacci on the ninth of 16 laps while Ilott increased his lead to 1.5”. Valentin Naud (Tony Kart / Vortex) moved into the right half of the rankings in 16th position. The differences were now significant between the top 6, so the order should not change much. Kodric pulled away from Boccolacci by 1.4” and was closer to the leader Ilott. Naud qualified in 14th position after a great race.