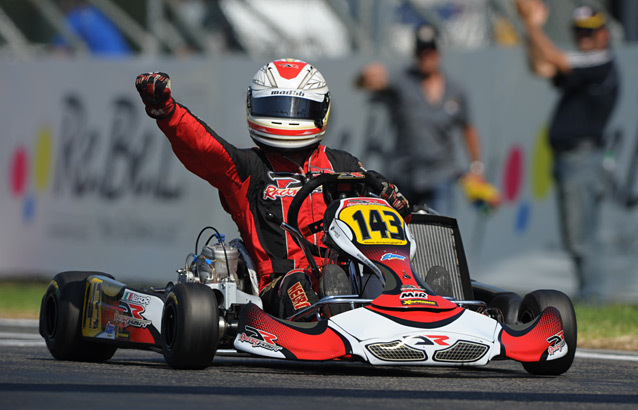 Simas Juodvirsis (Energy / TM) was on pole for the second KZ2 final, this was not a big surprise! His teammate Marco Zanchetta kept him company in the lead while Jordon Lennox-Lamb (CRG / Maxter) had to face an attack from Daniele Delli Compagni (CRG / TM) at the lights before he was snagged at the hairpin, and also by Ghidella and Torsellini, which caused him to lose more time. The British driver retired a few laps later. Riccardo Negro (DR / TM) disrupted proceedings by passing the Energy of Zanchetta to gain second position.

The race was long and Juodvirsis could well be joined by Italian if the Negro continued at this pace. Dylan Davies (PCR / TM) grabbed third place on the seventh of 20 laps at the expense of Zanchetta. On lap 12, Negro was practically close enough to lead an attack and flawlessly passed in a straight line. Davies took the second place with five laps remaining. Then the Canadian Philipp Orcic (CRG / Maxter) was in fourth position in front of Delli Compagni and Zanchetta. It was a victory for Negro and DR, 2nd place for the no less deserving Davies and AVG / PCR, and an unfortunately disappointing 3rd place for the European Champion Juodvirsis who however had not dropped back. 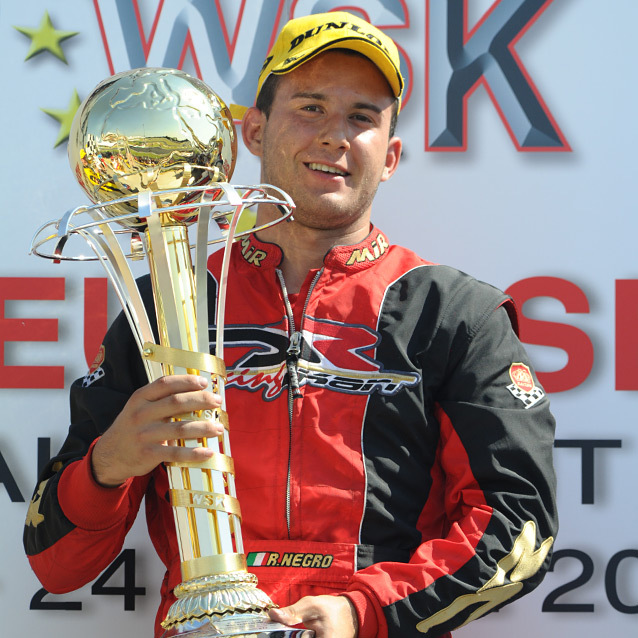